The newly appointed leader of Zimbabwe’s Economic Freedom Fighters (EFF), Xolani Tshuma, has castigated the MDC-T run Bulawayo City Council for failing to address its workers’ concerns that have seen them downing tools.

The city council workers strike has had an adverse effect on crucial services such as the provision of primary health care, refuse collection and burials.

Tshuma also criticised the local authority for failing to solve the city’s perennial water crisis, as residents are still facing shortages despite the rains.

“We as EFF Zimbabwe strongly condemn this unreasonable action by the employees of the local authority. This is a result of under-delivery by MDC councillors. We call upon the councillors to speedily rectify this situation.”

Council workers embarked on an indefinite industrial action since Wednesday, demanding a living wage based on the poverty datum line pegged at ZWL$20 000.

The disgruntled workers vowed their strike would continue until the salaries matter had been resolved.

“The town clerk is letting residents of the City of Kings down. He is also letting the council employees down. As the EFF, we are ready to defend the people’s rights which include provision of water and basic services like refuse collection that might expose residents to other diseases like cholera, Typhoid and Gastrointestinal diseases in addition to the current pandemic,” he said.

Tshuma also urged the MDC to prioritise the welfare of residents instead of engaging in political grandstanding.

“Political party positions and manifestos as well as politicians interests should not supersede residents rights. We therefore take MDC to task for failing to supervise its councillors to perform. Service delivery is a basic right for residents,” said the party leader.

Ndibali had been at the helm of the political party since its formation four years ago. 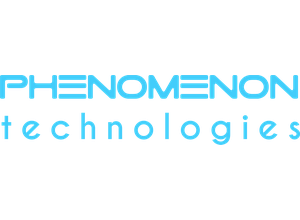 Get to know about Phenomenon Technologies