The African Diaspora Forum (ADF) says it is closely monitoring the latest xenophobic attacks targeted at foreigners in South Africa amid reports that a number of Zimbabwean families have been caught up in the attacks.

ADF is a migrant related organisation that caters for the welfare of migrants in Africa.

This comes after the resurfacing of a new wave of xenophobic attacks with three people reported to have died during the latest skirmishes in Durban and Limpopo.

ADF chairperson, Dr Vusumuzi Sibanda told CITE that in Vuwani, Limpopo last week seven Zimbabwean families lost their properties as they fell under attack from South Africans who accused them of engaging in criminal activities.

“Sometime towards the end of last week, about seven families or more lost their property which included houses that were burnt down and a motor vehicle,” said Dr Sibanda.

“This was after the local community accused some of the Zimbabwean nationals who reside in that area of being responsible for the crimes that were taking place there.”

Dr Sibanda noted that with regards to the Limpopo incident, police confirmed that they had arrested a few people alleged to have been involved in burning property.

“Hearing such news is sad, many community members there in Vuwani are saying the issue of crime is not going to be resolved by killing Zimbabweans as there are locals that are also involved in crime,” he said.

In Durban, Dr Sibanda said the locals targeted foreigners accusing them of taking their jobs.

“The locals end up saying we can’t pay rent because we have no jobs as they are taken by migrants who live in these houses. Many migrants then ran away and sought refuge at a police station when the violence started.

“In addition to that, in some areas, locals started attacking migrant shops and it is understood that one of the shop owners opened fire when he saw the mob advancing towards him, in the process shooting and instantly killing a 22-year-old protester,” explained Dr Sibanda.

Two other locals were said to have been seriously injured and taken to hospital.

To ward off any potential threats, the ADF chair said his organisation had activated teams to assess the situation on the ground.

“We are still looking at the situation and ADF is working with Africa Unite. Together we are on the ground assessing the situation. The majority of people attacked in Durban are Malawian and if there’s anything more we will release a statement in due course,” Dr Sibanda highlighted. 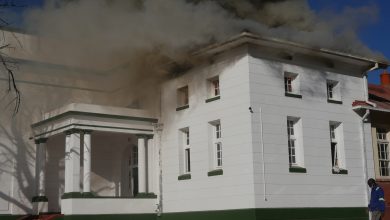