THE Zimbabwe Community in South Africa organisation says it is in discussions with both governments on the future of Zimbabwe Exemption Permit (ZEP) holders, which are set to expire at the end of this year.

Although there is no official figure of how many Zimbabweans are resident in South Africa, reports said there are about 300 000 with permits that allow them to live and work in the neighbouring country.

The permits were first issued in 2010 under the Dispensation of Zimbabweans Project (ZDP). The programme was renewed in 2014 as the Zimbabwe Special Permit (ZSP), before the ZEP was introduced in 2017.

Chairperson of Zimbabwean Community in South Africa, Nicholas Ngqabutho Mabhena told CITE that the discussions were motivated by the fact that the year would be over soon and ‘desperate’ Zimbabweans needed to know their fate.

“ANC is the governing party that crafts policies for the government. We will also talk to ANC’s alliance partners – the Congress of South African Trade Unions (COSATU) and the South African Communist Party (SACP) on the future of the exemption permits,” he said.

Mabhena noted that the organisation understood the challenges that come with permit renewal, given the economic meltdown caused by Covid-19.

“But we are hopeful that people will not be sent back to Zimbabwe because, in our view, we don’t think they will go back,” he said.

The other challenge that Zimbabweans in South Africa had was the provision of passports and the cost associated with it, he added.

“We are also engaging the Zimbabwean government on the issue of passports. Currently, those in South Africa are asked to pay US$318 but a number of people here are low-skilled, who don’t earn much,” Mabhena said.

“You will find that a family of four will be looking for these passports and if one needs US$318, multiply by four and convert that in Rands, it is about R20 000, which most do not have. So, we are still talking to the government of Zimbabwe to make sure that Zimbabweans working in South Africa, many of whom are of low skills, qualify to apply for the one that costs US$60.”

The chairperson indicated that from previous discussions with the Zimbabwean government, the organisation was informed that the ordinary passport for US$60 was for locals in Zimbabwe.

“The government argued that even if they were to include Zimbabweans in South Africa, there’s a long backlog in terms of dealing with applications,” he said.

Mabhena said another discussion point was documentation as many Zimbabweans in South Africa do not have Zimbabwean documents, be it a birth certificate, a national ID and a passport.

“In 2017, we had approached the Zimbabwean government asking them to facilitate the coming of officials from the Register General’s office to assist in documenting Zimbabweans in South Africa,” he said.

“At that time in 2017, we were told the RG’s office was busy with the voter registration, so there was no budget for them to come here and of course, after that there was a change of government in November 2017, then elections.”

He hoped the process would kick start in 2020 but Covid-19 came with lockdowns.

“We are hopeful that if all things go according to plan, before the end of this year, officials from the office of the RG might be coming to South Africa. We don’t have a date yet but discussions are ongoing.

“The ambassador at the Pretoria embassy (David Hamadziripi) is actually leading these discussions with the government in Zimbabwe, so we await after they consult with the South African government on when they are coming to document Zimbabweans,” Mabhena said.

It is estimated that thousands of Zimbabweans in South Africa are on less formal arrangements and some go as cross border traders. 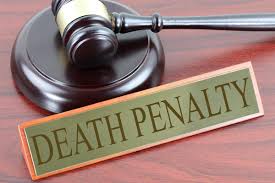