Zimbabwe’s prospects of eradicating COVID-19 pandemic are slim and the 21-day mandatory lockdown could turn out to be a waste due to Government`s alleged bungling in handling the situation, a former Health minister has warned.

The lockdown expires on April 19 and is subject to review.

As of Tuesday, official figures indicate that Zimbabwe has 18 confirmed cases and three deaths out of a total of just 665 tests done.

Dr Henry Madzorera, health minister during the Government of National Unity era and current opposition MDC-Alliance Secretary for Health and Child Welfare said the country risks emerging worse off due to a cocktail of mismanagement and lack of preparedness issues.

According to Madzorera, the preparedness and response plan is “quite standard” and meets all the requirements under the World Health Organisation (WHO) recommendations.

However, the response plan is not complemented by appropriate implementation, decisions and actions.

He said Government is ‘sacrificing’ the lives of doctors and nurses by not providing adequate resources in the fight against Corona virus.

Health workers have scant knowledge on the virus, he said.

“Ignorance among the healthcare workers induces in them fear and paralysis, and this lockdown will have been wasted if we go for the next week without equipping our front line soldiers with knowledge and clear guidelines and protocols for dealing with COVID-19, in addition to PPE,” said Madzorera.

Lack of training for health care workers, both in private and public practice, is sticking out like a sore thumb, said the former minister.

“We have no prospect of conquering COVID-19 if we ignore training and equipping of health workers” he said.

“If the training program had continued from the time training of trainers was done, by now every doctor and every nurse would have been trained.

“We should not sacrifice our health workers because we don’t want to prioritise their lives. We need every single one of them alive”.

Madzorera raised concern that continued ignorance about COVID-19 among health professionals “is extremely dangerous” to the extent that  ordinary citizens are beginning to notice and complain.

“Public trust for the government is at an all time low, because of the general perception that statistics are being suppressed, Government is not putting enough resources into the COVID-19 response, health workers are untrained, unsure, and very exposed due to lack of PPE, and Government’s preparedness claims have been exposed as imaginary by the sequence of events in the few fatalities we have already had.

“Relatives of the deceased are consistently disputing government’s official narrative of what exactly happened, and this is embarrassing,” he said in a statement.

The former minister said while it is pleasing to note that most local authorities have taken the initiative to set up isolation facilities on their own he has misgivings over Government`s plans to take over the management of the facilities.

“But it is equally disturbing to learn that government wants to take over management of municipal clinics for the purposes of COVID-19.

“We think that the government is seriously misdirected on this matter. This move has no value addition to our COVID-19 response plan. Instead the instability it will cause we can ill afford in the middle of this pandemic.

“We aver that government should instead give resources to local authorities to do what they have always done, ie help government to deal with public health threats within their jurisdictions”.

Madzorera said Government needs to rescue its image immediately by remedying these ills during this 21-day lockdown.

“We urge government to deal urgently with infection, prevention and control before we have catastrophic results among our valued health care workers.

“We are ignoring the actions that will make this lockdown meaningful and effective.

“Simply noting that Zimbabweans are complying with the lockdown order does not translate into halting the epidemic.

“In summary, our people are very compliant with the terms of the lockdown, but the government has not planned for the poor, those who live on hand to mouth daily budgets. 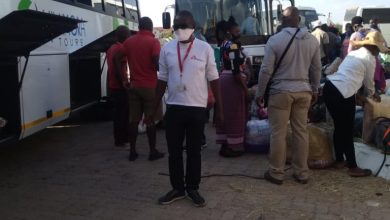 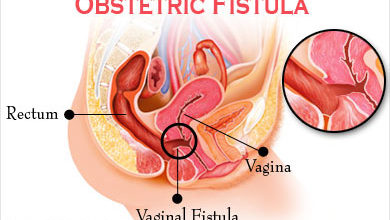 A third of Zim women lack access to postnatal care