The Zimbabwe Community in South Africa says efforts to engage the South African Government to open borders for cross border transporters popularly known as Omalayitsha are underway to aid families who rely on them for groceries back in Zimbabwe.

The Beitbridge border post was closed in March as part of efforts to curb the spread of Covid-19, a situation which forced Omalayitsha out of business.

South Africa is currently undergoing its level 4 of the national lockdown while Zimbabwe also relaxed its lockdown restrictions to level 2.

In a statement, Chairperson for The Zimbabwe Community in South Africa, Ngqabutho Mabhena said when the South African government announced the closure of its borders, it did not consider thousands of Zimbabwean migrant workers who use Omalayitsha to transport goods to Zimbabwe.

“What the South African Government did not consider is that thousands of Zimbabweans migrant workers utilise the services of couriers popularly known as Omalayitsha to transport goods to Zimbabwe and have no access to trucks that are allowed to transport goods across borders,” said Mabhena.

Zimbabwean Community in South Africa spokesperson Bongani Mkhwananzi said some of the couriers had resorted to using haulage trucks to bring in goods into Zimbabwe but were facing challenges at the border.

“Some of Omalayitsha have syndicated and hired trucks to try and combine efforts to send goods home, but unfortunately reports that we are getting are telling us that particularly at the Zimbabwean side. The officials there are charging so much on duty on some of these items that becomes a problem for Omalayitsha who can no longer afford to even proceed with those food items,” said Mkwanazi.

“We are very surprised and concerned that during this state of lockdown with mealie meal shortages in the country and food shortages, in general, we would find our government being the one who inhibits the crossing of food to the country, we would like to call upon the government to act on this.

He added that they hope that the government will also deal with reports of bribes which they are receiving at the Beitbridge border post.

“We are actually being told as well that there is a tendency in the border post of some characters who stop the movement, they will solicit bribes just to get you to pass, so that level of corruption is making it hard for food to pass, these reports have come from many quarters who try to cross the border, so we hope the government can quickly look into this,” said Mkhwananzi.

Countries that misappropriate funds will pay back money: Global Fund 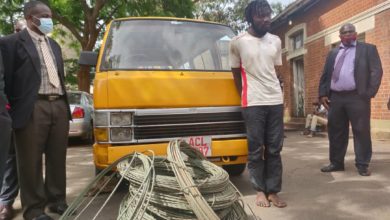 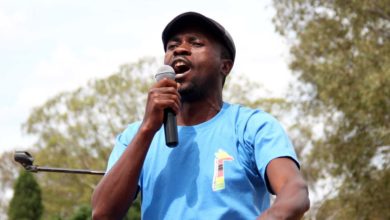 Regional body to lobby against Covid-19 vaccine trials in Africa