In a statement, ZHRC stated that it is mandated to monitor the observance of human rights and freedoms in terms of section 243(1)(c) of the Constitution of Zimbabwe.

The protests, which have since caused a buzz on social media platforms, allegedly led to the arrest of journalist Hopewell Chin’ono and opposition politician Jacob Ngarivhume who are being charged with inciting public violence.

“ZHRC has noted there are several human rights issues emanating from the proposed demonstrations and protests allegedly against corruption scheduled for July 31. Notwithstanding the limitation jurisdictions, ZHRC urges the government to respect the rights of its citizens by refraining from use of various machinery to instil fear and despondency,” the statement read.

“In that same vein, as a democratic and free country, the State, through its apparatus should desist from inflicting constitutionally proscribed measures such as torture or cruel or inhuman or degrading treatment or punishment on dissenting political voices. Let us all be safe and respect the law to stay alive.”

ZHRC highlighted that in light of the impending protests scheduled for July 31, all citizens of Zimbabwe are urged to take into consideration Constitutional rights, limiting provisions as well as Covid-19 regulations which have been put in place for the prevention and containment of the pandemic.

“In exercising the right to demonstrate and petition, interests of public safety, public order and public health should be taken into account and be allowed to take precedence. Citizens should therefore in all instances exercise their rights responsibly and reasonably with due regard for the rights and freedoms of other persons and in particular the right to life which is absolute,” the statement read.

“The written law providing for measures to deal with the situations arising during a period of public emergency is the Public Health Act and the various statutory instruments which have been gazetted since March 2020 when the pandemic was declared a state of disaster. It is important to mention that Statutory Instrument 83 of 2020 which prohibits the gathering of more than 50 people is still extant.” 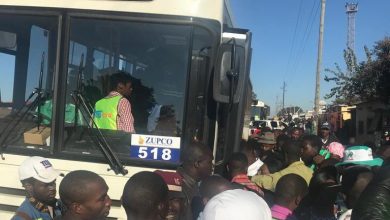 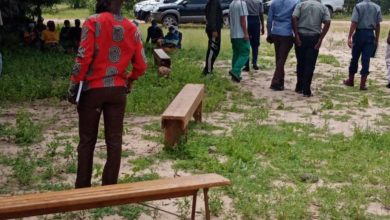 Hwange villagers fight to keep Chinese miner off their land