The Zimbabwe Electoral Commission (ZEC) has refuted allegations that it is distributing a fake voters` roll saying the sanitised version being distributed is meant to protect the identity of registered voters.

Addressing the media on Monday, ZEC Chairperson Justice Priscilla Chigumba said they had received reports of threats to hunt down some of the registered voters using details provided in the voters` roll.

“Following threats by some unscrupulous individuals to track down their victims door to door, the Commission will not issue the voters’ roll with photographs in an effort to protect voters,” said Justice Chigumba.

The ZEC Chairperson said the full voters` roll will be availed at polling stations.

“However, the Commission will print voters’ rolls with photographs for every polling station. Section 20(5) of the Electoral Act states that in the event of any discrepancy between an electronic copy and a printed copy of a voters’ roll, the latter shall be deemed to be the authentic record of the voters’ roll.

“ZEC would therefore like to dismiss allegations that the consolidated voters’ roll is fake because it does not contain voters’ photographs,” she said.

Justice Chigumba added: “The Commission is disturbed by malicious allegations that the voters’ roll issued to stakeholders is fake. ZEC is of the view that such allegations are deliberately meant to cause alarm and despondency among the generality of the Zimbabwean populace. The public is being advised that the voters’ roll being distributed by the Commission is authentic”.

This comes after some opposition political parties slammed the electoral body for producing a ‘fake’ voters` roll which did not contain some of the critical information.

The voters` roll was produced following the biometric voter registration process which was used to register voters. 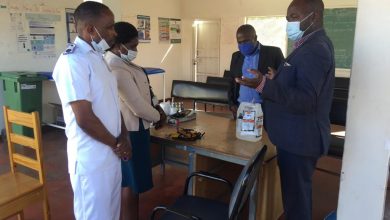