ZAPU leadership were Tuesday summoned by Plumtree police for shutting down St Anne’s Nursing School in Brunapeg, Mangwe following the recruitment of non-locals at the hospital.

Last week, a group comprising of ZAPU members and villagers besieged the hospital to register their displeasure after reports said not even one of the recruited nursing students was from the area.

After that action, seven local ZAPU members were detained overnight and police charged one – Nelson Khupe for conducting an illegal demonstration at the hospital while the other six became state witnesses.

This Tuesday morning, The CID Law and Order section in Plumtree summoned members of ZAPU’s executive and charged them for allegedly holding an unsanctioned demonstration at St Anne’s Hospital.

Their lawyer Prince Butshe-Dube of Mathonsi Law Chambers, confirmed to CITE that the party executive were summoned by police and he accompanied them to the station.

“The accused gave warned and cautioned statements and then were released by the police. The trio were summoned last week to present themselves to the police this morning,” he said

Meanwhile ZAPU is preparing to mount a legal challenge against the controversial recruitment of trainee nurses at health institutions in Matabeleland.

This follows overtures by the opposition party to have the government reverse the recruitment process.

Despite this, the Ministry of Health and Child Care has since released an advertisement saying it has started receiving online applications from aspiring nurses countrywide for the January 2020 intake.

The opposition party recently staged a sit-in at Mpilo Hospital after it emerged that the bulk of trainee nurses recruited at training institutions in Matabeleland were dominated by non-locals. 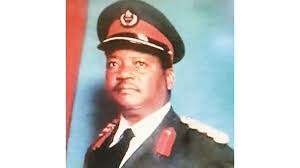