ZAPU has claimed that the party has been infiltrated by state agents following reports that a senior party member who contested for the presidency at last year’s elective congress is an alleged police detective.

Three days ago, a local publication reported that Matthew Sibanda, a 59-year-old police detective from Kensington’s Plot B in Hope Valley, appeared in court to answer to a charge of failure to secure a firearm after his service pistol mysteriously went missing.

The stolen firearm is a licensed 9mm Noringo pistol with a magazine of eight rounds of ammunition, serial number 835767.

It was reported that Sibanda had placed the pistol in a satchel and put it behind the driver’s seat of his Toyota Land cruiser while he was in Lupane.

Sibanda is a former ZAPU Matabeleland South chairperson and at the last ZAPU’s elective congress in October last year made a last-gasp attempt, with five other members to stop the congress from going ahead after they filed an urgent chamber application at the Bulawayo High Court.

He and the other applicants, Ernest Ndlovu, Mildred Mkandla, Ackim Nkala, Gideon Dlamini and Francis Ndlovu argued that Sibangilizwe Nkomo, son of the late nationalist and ZAPU founding father, Joshua Nkomo, had not been a member of the party.

At the time, Nkomo who was one of the party’s presidential candidates was tipped to be the firm favourite to land the post.

The six later withdrew their application and Nkomo proceeded to win the presidency during the elective congress.

Party sources told CITE that the party became suspicious after seeing the news report on Sibanda.

“We had suspicions on the name and description so our security attended court today (July 21, 2022) to confirm his identity. Sibanda was there for continuation of trial and his case was postponed to July 28, 2022. We were shocked in court today,” sources said.

“Sibanda led a revolt against Nkomo and was the one who led five others when they took the party to court. He wanted to be ZAPU president and going to court was to try and stop Sibangilizwe from being president.”

Reached for comment, Sibanda denied he was a police detective or a state operative, saying the news publication had falsely labelled him so.

“The publication is sick, I will have them arrested. The real story is my firearm was stolen and I reported it. But I am surprised that I am now called a policeman and the firearm belonged under the government’s service,” he said.

“I don’t know where the media got that information from. The gun is mine for business, not the government so I don’t even know where the part that I am a detective comes in.”

Sibanda said he would also tell the party his side of the story but suspected an insider could have liaised with that publication to claim he was a police detective.

“There should be no problem in ZAPU because I will tell people that my firearm was stolen. Maybe there is someone within the party who bribed and told the media to falsely publish that I am a detective. It, therefore, becomes right for me to have them arrested so it can be known that they were lying,” he claimed.

“I have to go there to the publication offices and tell them they are lying. Crazy people in the party will be the ones who will panic. The newspaper wanted to make sales by lying but no one should be suspicious.”

In an interview with CITE, ZAPU National Spokesperson, Msongelwa Ndlovu said the party could be infiltrated but was yet to establish the extent.

“The party has been made aware that a senior member of the party has had a brush with the law and appeared in court today with regards to a firearm. We don’t know the intricate details of the matter as the party has not yet engaged the member in question,” he said.

Ndlovu stated ZAPU was unaware if indeed Sibanda was a state operative.

“We can only know unless and until we have more detail and the party engages him. For now, all we know is what the media knows, that a senior member of the party who was a candidate for the highest position in the party in the last congress is helping police with investigations by a matter to do with a firearm,” said the spokesperson. 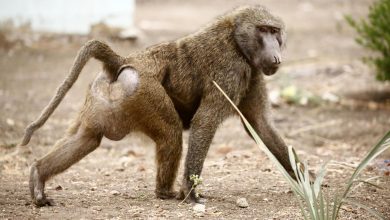