The opposition party, ZAPU, has been caught up in an alleged phone hacking storm after a recorded telephonic conversation involving two party officials was leaked.

This comes as the race for the ZAPU presidency reaches fever pitch, with the party seeking a new leader to replace the late leader Dr Dumiso Dabengwa who died in 2019.

Sources told CITE that the phone hacking issue was brought to light after a recording of a telephonic conversation between ZAPU’s National Spokesperson, Iphithule Maphosa and Deputy Secretary General, Mjobisa Noko, was forwarded to the party’s WhatsApp groups on February 28, 2021 by another member based in the diaspora.

The conversation apparently recorded sometime last year and the leaked audio raised eyebrows within the party as to how it was obtained.

It is said the two were discussing the presidential candidates and what the party needs going forward.

“After that fingers pointed at one of the presidential candidates, Bernard Magugu, because the party member (name supplied) who forwarded that conversation was one of his campaigners. When pressed to explain how the member obtained that audio, he failed to provide a satisfying explanation. Now the question is how can the party be led by a president who bugs phones and listens into conversations. Is the party a secret service movement now?”

In an interview with CITE, Maphosa confirmed the party experienced a privacy and security breach.

“We however have formally lodged our complaint with relevant party institutions charged with such matters. As such, we are exploring internal avenues at resolving it before deciding on laying criminal charges,” Maphosa said.

Maphosa and Noko have since written a letter of complaint on invasion of privacy, compromised security and personal safety to the party’s structures.

Reached for comment, Magugu denied the allegations and encouraged the victims to go to the police.

“I don’t ever think that is true. Hacking phones is actually a crime in  Zimbabwe, those people making such allegations have to follow the legal route. The police will make their investigations as to who was hacked, while the complainant and suspect needs to be brought before justice,” he said.

Magugu claimed he was not too desperate to become ZAPU’s president so much that he could hack phones.

“Those are desperate people who are trying to tarnish my name and image so that I look like a spy or somebody who is suspicious. I challenge those people not to rush to newspapers but to the police who will investigate if I have the hacking technology,” he said.

“It could be possible that from the two people chatting, one of them was recording the conversation and then circulated it. It’s possible with these smartphones but does that mean I am the one hacking their conversation. I am just silent and allowing our structures to choose their leadership.”

Magugu also shot back that these were baseless allegations from people who were disappointed he had won the presidential nomination race in South Africa.

“These allegations are coming after I’ve won the presidential nominees in the South African province. What will I achieve from hacking? We have a disciplinary committee in the name of the Council of Elders, why not approach them and they should be specific that Magugu is the one who hacked me. If I find out who accused me, I will take legal action and sue them. They are suspecting me to a CIO in the party’s framework,” he said.

Some of the party members touted to be vying for the ZAPU presidency are Mark Mbayiwa ( Treasurer-General), Dr Strike Mkandla (Secretary-General), Future Msebele (South African based –Deputy Secretary for International Relations) and Matthew Sibanda (Matabeleland South chairman) and Iphithule Maphosa. 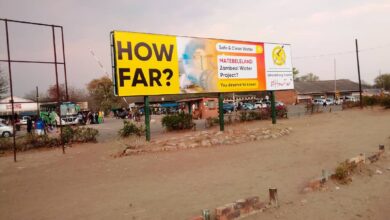 No party has a monopoly over voters: ZAPU