The Bulawayo City Council (BCC) is losing its battle against Zanu PF activists who are taking over some streets in the central business district and illegally parcelling vending bays among themselves.

In September, last year they took over a portion of Fifth Avenue and doled out vending bays to party supporters.

As if that is not enough, Tuesday, the Zanu PF activists reportedly outmuscled municipal police and took over a part of the busy sixth avenue.

This comes at a time the local authority has had several engagements with the ruling party and Provincial Affairs minister Judith Ncube in order to end the crisis but to no avail.

So sensitive has been the matter that it later emerged that the issue was now being handled by Joint Operation Command (JOC).

The JOC is a State body composed of senior officials from the security sector.

Bulawayo mayor Solomon Mguni is on record admitting that the battle with Zanu PF activists has reached another level.

“The JOC is now handling the removal of those vendors. It’s now a security issue as much as it is political. We escalated the issue to the Provincial minister’s office.”

In an interview with CITE,  BCC deputy mayor and Ward 1 Councillor Mlandu Ncube admitted that the activists were now a challenge.

“It seems its now a political move. Our municipal police officer tried to remove them but they became violent. We will keep trying to ward them off,” Ncube said.

The Bulawayo Vendors and Traders Association (BVTA) executive director Michael Ndiweni had this to say:

“We have been invited for a meeting by the Provincial Affairs minister on that issue, the meeting was supposed to be today but has since been postponed. We are told it’s a meeting that has been called by JOC and the State minister so at the moment I can’t say anything because we don’t know what they have invited us for,” said Ndiweni.

Bulawayo Progressive Residents Association secretary for administration Thembelani Dube said the activists should be dealt with as no one was above the law.

“All residents of living in the City of Bulawayo regardless of party affiliation or position must obey the by-laws of the City and abide by the laws of Zimbabwe. No one is immune to those laws and whatever individuals do should bear in mind that all citizens are equal before the law of the Republic of Zimbabwe.

“In that vein, Bulawayo City Council must enforce the City by-laws without fear or favour. We call upon all political groupings to whip their members into line in accordance with the statutes of our beautiful country Zimbabwe. People must desist from promoting disorder, anarchy and confusion,” Dube said

A survey by this publication has revealed that the Zanu PF activists are now controlling bays running into thousands in the busiest parts of the CBD, where 90 percent of the vendors are selling second-hand clothes.

However, the ruling party has several times denied direct involvement in the matter. 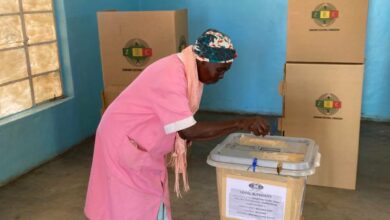