Members of civic society in Bulawayo have described the proposed constitutional amendments as a ploy by the ruling Zanu-PF to entrench itself in power.

Government gazetted the Constitution of Zimbabwe Amendment (No. 2) Bill last year in December, which comes with 27 proposed amendments.

Addressing civic society during a symposium held in Bulawayo last week, Didimus Dewa, a lecturer from the Zimbabwe Open University (ZOU) said the proposed amendments targeted strategic apparatus of government, which are key when one sought to consolidate their power.

He said Zanu-PF lost its power grip in 2013, which was why the party sought to amend the country’s constitution to suits its needs.

“The constitution is one of the strongest weapons that Zanu-PF intends to make use of in order to stay in power. As it is, the existing laws have not yet been realigned to the country’s 2013 constitution meaning it has not yet been fully implemented,” said Dewa.

“The main reason why Zanu-PF wants to amend the constitution is due to their insatiable desire for power. There is no need to rush and amend the existing constitution when the realignment of existing laws has not beem implemented. The proposed amendments are just a show of desire to retain power so Zanu-PF can have total control.”

Didimus Dewa, a lecturer from the Zimbabwe Open University (ZOU).

Dewa claimed that since its creation, Zanu-PF’s behaviour always showed it wanted to retain power.

“Them pushing for the amendments is a strategy to have the constitution backing them when they make power-related decisions,” he said and urged people to question why the government chose to amend those particular sections.

“There is a need to understand the reasons behind these proposed amendments. This is a Zanu-PF’s quest for power. If we are to juxtapose the Rule of Law vis-a-vies the Rule by Law we can understand this better,” said Dewa.

“The Rule of law is based on the premise of respect for the constitution whereby those in authority stick to what’s entailed. The reasons behind the amendment call are premised on the Rule by law. Those in authority want to play around with instruments of the law in order to exercise their authority because of their insatiable power appetite, which can be traced from long back.” A tribute to Jane Ngwenya, a revolutionary 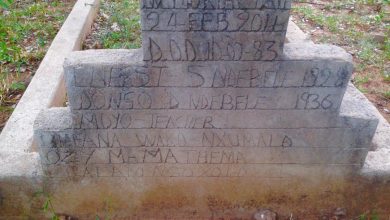