A storm is brewing between Victoria Falls residents and the city council which is planning to offer a golden handshake in the form of a car to mayor Somvelo Dlamini at the end of his term.

Dlamini, councillor forward 9, got into council in 2013 and was reelected in 2018 where he eventually became the MDC, now CCC-dominated resort city’s mayor.

Dlamini drives a Toyota Fortuner, the vehicle that his predecessor used and council had reportedly proposed to give it to him as he is not expected to run for another term.

General harmonised elections are scheduled for next year.

The Victoria Falls Combined Residents Association (Vifacora) held two meetings on separate days with residents at Chinotimba Hall to gather their views about council’s proposal to award Dlamini the vehicle, and residents vowed to block the move.

“The council has proposed to give the mayor the vehicle when he leaves office. It is this same vehicle that was used by the previous mayor and residents want to know why he (previous mayor) was not given the vehicle. We also want answers on the council’s plan on what the next mayor will use,” said Vifacora chair Kelvin Moyo.

He was speaking while updating residents on the residents association leadership’s meeting with council officials.

Residents concurred that the local authority was incapacitated to buy a new vehicle for the new mayor after next year’s elections.

They said a new vehicle would not be a priority as the city is ailing in poor service delivery due to lack of money and alleged corruption.

The residents accused councillors of diverting from the mandate they were elected into office for.

“This council should be investigated for corruption. Honestly, the issue of the mayor’s vehicle should be put on hold.

“The car is not a priority because service delivery is poor. Our roads are not properly done which is what the councillors should be focusing on,” said a resident.

The residents resolved that all deals made by councillors and management without consulting them should be stopped and reversed.

They threatened to besiege the council offices if their demands are not met. 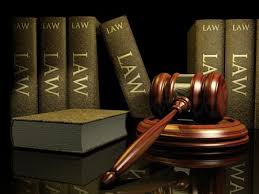