Former cabinet minister and renowned lawyer David Coltart says the Zanu PF led government disrespects the rule of law and has continuously used it as a weapon against its perceived enemies and not an instrument of justice.

The rule of law means that people’s rights and obligations must be determined by laws rather than by individuals or groups of individuals exercising arbitrary discretion.

In an interview with CITE, Coltart said the Zanu PF led government is a paranoid institution that disregards the rule of law.

“The government is paranoid, they speak about being a second republic and new dispensation but in reality, nothing has changed,” said Coltart.

“It is scared of its own shadow and so it uses the law as a weapon not as a tool for justice.”

The former education minister said criminal law should be used against criminals not against democrats who are exercising their constitutional rights.

“In January,  thousands of people were arrested including activists who were nowhere near any criminal activities.  This shows that the rule of law is being used by the state to crush activists,” said Coltart.

Coltart said it was unacceptable for the government to deploy the army during the January shutdown protests and the August 1 shootings.

“The army should be deployed if there is complete anarchy which has never happened. The army should stay in barracks and protect the country from invasions,” said he said.

“If police can demonstrate they can not control the situation then the constitution does allow to certain circumstances the army to be deployed but we have not reached that stage.”

Coltart said the rule of law has been used by those in positions of power to protect themselves from the corrupt behaviour they commit.

“In Zimbabwe, the rule of law is no respected, it is applied to a certain class of people whilst others are exempted,” said  Coltart.

“There are some individuals who get arrested for taking a wheelbarrow and yet people who have corruptly taken tens of millions of taxpayers’ money are not persecuted and that demonstrates that the rule of law does not prevail in Zimbabwe.”

The former minister stated that it is the government’s responsibility to rightfully implement the rule of law in the country for citizens to fully exercise their constitutional rights.

In May,  7 activists were arrested under subversion charges under Section 22 of Zimbabwe’s Criminal Law (Codification and Reform) Act, “subversion of a constitutional government” is a treason charge. It carries a sentence of up to 20 years in prison.

Some activists who are also facing charges of attempting to unseat government include Pastor Evan Mawarire of the #ThisFlag movement, and Peter Mutasa and Japhet Moyo, leaders of the Zimbabwe Congress of Trade Unions, among others. 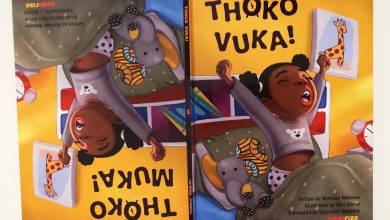 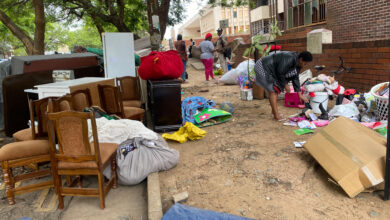