A Bulawayo magistrate has dismissed an application by Zimbabwe Anti-Corruption Commission (ZACC) to move a fraud case involving US$700 000 to the High Court.

Bulawayo Provincial magistrate Tinashe Tashaya, Wednesday ruled that the State had failed to submit valid reasons as to why the matter had to be indicted to the High Court and as such it would be prosecuted in the magistrate’s court.

He postponed the matter to March 20 for the commencement of trial.

Allegations against Davies are that she told Abraham she had free funds in South Africa which Abraham would use to do his South African transactions and in return, he should transfer $700 000 into her Zimbabwean account.

The court heard Davies allegedly converted the funds to her own use as she used the money to settle a loan she was owing to one Mohammed Zakariya Patel.

The trial suffered a false start last week after the State, led by ZACC prosecutor Venerada Munyoro, made a sudden application that the case be heard before the High Court.

Munyoro said the State had come to that conclusion after the defence counsel announced their intention of making an application of intention to except the charges against Davies.

She told the court that indicting the matter to the High Court would curtail processes since all ‘intended applications would be made before that preliminary court’.

The defence counsel, represented by Advocate Thabani Mpofu, noted that the sudden application by the State, especially after agreeing to commence trial, raised suspicion that the State wanted to amend papers as it had previously done, to be able to counter the application for intention to except to the charges against their client.

Magistrate Tashaya dismissed the State’s application citing that the sudden change of proceedings was wrong.

He said the State should have sought indictment before agreeing to commence trial.

“Reasons submitted by the State do not bring out valid reasons why this court should not prosecute on the matter. It was conversant from the start of the fact that the amount involved is US$700 000 and this court has the jurisdiction to preside over that amount. This court hereby rules that the matter will not be indicted to the High Court but will be heard in the magistrate’s court,” said Tashaya.

“The Prosecutor General is bound by the initial decision made. The defence is hence expected to serve the State with written submissions of their reasons of applying for an exception so that the State may have time to prepare its responses to the matter. The trial will commence on March 20.”

Magistrate Tashaya explained that the Davies initially appeared in court on November 29 and was awarded bail.

“She was placed on remand until February 5 when the State called her to court on February 19. It was then that State announced it was ready to commence trial on February 20,” he said.

“If the Prosecutor General decided to commit to a higher court a case it had already granted permission to prosecute then the procedure had to be done formerly through serving the court handling the matter with a written notice of which in this case it was not done.”

He noted that although the Prosecutor General is independent, all its processes must be exercised within the confines of the law.

Munyoro said Abraham then told Davies that his company had two major invoices which had to be settled totalling about ZAR3 500 000-00. 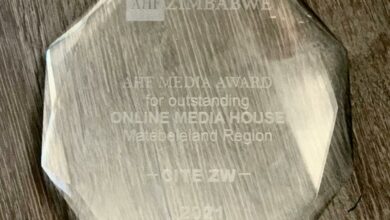 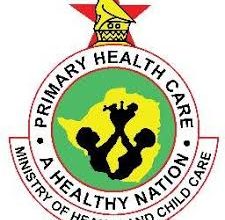