A Tsholotsho villager was stabbed several times by his suspected assailant whom he was trying to stop him from engaging in a fight with another man, a local court heard.

The court heard that the victim was lucky to be alive as he was quickly rushed to Tsholotsho Hospital and later transferred to Mpilo central hospital for medical assistance.

For the State, Farai Chakamanga told the court that on December 25, 2020, Ncube was involved in a fistfight at Masuza General Dealer shops with an unidentified man.

Chakamanga said the victim, who was not named in court, then tried to refrain the pair from fighting and Ncube drew an okapi which he used to stab him several times on the stomach and all over the body.

Meanwhile, the same court heard that a 36-year-old man from Tsholotsho was caught by his sister raping her 10-year-old daughter.

According to the State allegations, the man whose name has been withheld to protect the identity of the minor victim had committed the offence on several other occasions before he was caught red-handed.

The court heard that on several occasions in 2020 to January 17 2021, the man would take his niece to a neighbour’s homestead to watch television in the evening.

“He would rape his niece on the way and threaten her not to tell anyone. On the fateful day, he was caught by his sister (the minor’s mother) having sexual intercourse with the minor. A report was made to the police leading to his arrest,” Chakamanga said.

Magistrate Mpofu remanded the man in custody to March 3 for the continuation of trial. 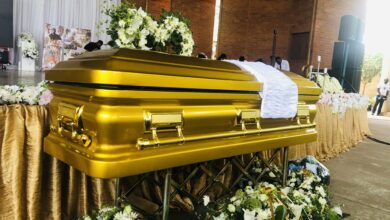