People in Matabeleland want corporal punishment to be included in the proposed Education Bill, the Parliamentary Portfolio Committee on Primary and Secondary Education has revealed.

The Education Act [Chapter 25:04] is being amended and the Education Amendment Bill [H.B. 1, 2019] went through the 2nd reading in the Nation Assembly yesterday.

Addressing the National Assembly, Tuesday, Committee member MP Marian Chombo said people in Matabeleland would be disappointed if corporal punishment is not included in the bill.

She highlighted parents were concerned with the deteriorating behaviour among children if corporal punishment is to be banned.

“On the issue of corporal punishment, they said, ‘spare the rod and spoil the child’.

She said church organisations were also against removing corporal punishment.

Chombo said people were also concerned with the issue of Shona speaking teachers deployed in Matabeleland.

“They were very bitter about having the Shona speaking teachers especially in ECD classes,” she said.

Chombo said they also were not tolerant of pregnant girls attending classes as they would be a bad example to other pupils.

“We went to Insiza, on the issue of pregnant children, a woman came and demonstrated, and she said you parliamentarians, you expect a pregnant child to be sitting next to somebody who is not pregnant.  What if she starts throwing up?

“They saw it as a way of even encouraging other pupils to get pregnant, so it was disheartening that it was coming from women.  They were saying they do not support girls to continue school when they get pregnant”. 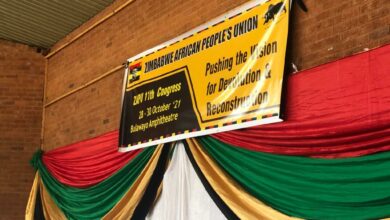