Bulawayo police are investigating a case of theft after four men masquerading as police officers robbed a 56-year-old woman from Pumula suburb of R9 730 belonging to a local grocery club.

The incident happened on Sunday, June 14, at around 8 pm.

“We are investigating a case of theft which occurred in Pumula where a woman aged 56 years lost R9 730 to four criminals who were masquerading as police officers, they introduced themselves to her claiming to be members of the Criminal Investigation Department (CID) and they asked to search for dagga,” said Inspector Ncube.

“During that time, they took a bag which contained this money which belonged to some club members.”

Narrating the ordeal to CITE, the victim`s son, Bekezela Nkosana Ncube said the criminals accused his mother of running a grocery club as a front for peddling weed and illegal beauty products.

“On Sunday around 8 pm, three men entered our family home in Pumula East. They knocked and asked to see my mother (Nasusi) who is well known in the community. I ordered my cousin to let them in, thinking they were church members coming to offer their condolences since we had lost two relatives in the past week,” narrated Ncube.

“When they entered, they, however, claimed to be members of CID and accused my mother of running a grocery club with other women as a front for peddling weed and illegal cosmetic products.

Ncube said the four men then ransacked the house.

“One of the men who appeared as the ring leader isolated my mother and locked us in the living room, he took her to the kitchen where he continued questioning her and demanded her to show him the paperwork for the grocery group.

“They then demanded that my mother take them to another club member who also lives nearby,” he said.

However, Inspector Ncube said the criminals disappeared into the night.

“Along the way, they disappeared one after the other as she was about to reach the other club member`s house,” said Inspector Ncube.

Inspector Ncube urged members of the public to demand proper Identification when dealing with people claiming to be police officers.

“We urge members of the public to be wary and demand proper identification if ever they are dealing with bonafide police officers, they have to properly identify themselves,” said Inspector Ncube. 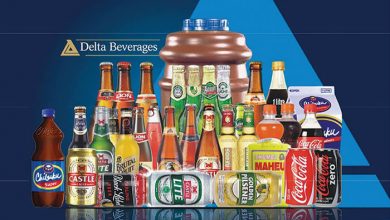