Tsholotsho villagers say they were tricked by self-proclaimed witch-hunters popularly known as Tsikamutanda who made them believe they could heal chronic diseases.

More than three groups of witch-hunters comprising of six members each have been performing bizarre rituals and demanding payment in the form of livestock.

When CITE visited Ward 7 in Tsholotsho over the weekend, villagers said they were now being divided by the witch hunters who came in the area in September 2019.

“From what I heard from the Village head is that these people are here to help us with treating chronic diseases especially us as old people,” said one villager Christopher Dube.

“As people when we hear such news, we welcome them but these ones took advantage and turned the tables when they had settled in. They told us that amongst the groups, there were pastors, prophets who could heal the sick, we saw this as a good initiative.”

Headman Consolate Dube from Tangaugwe Village, ward 7 said the witch hunters are now terrorising villagers and many people have lost their livestock.

“These people are now terrorising us and they are targeting people with livestock. They are performing strange rituals and even claiming that the dead are alive, this is against our culture” said Headman Dube.

“The villagers are now scared of speaking out because they fear they will be labelled as witches and wizards.”

In addition, Headman Gibson Khumalo from Dingindawo Line ward 7 said the witch hunters do not even respect his authority.

“It is true that these people first approach the headman for approval to be in the area,” said Headman Khumalo.

“When I asked them for the letter of approval to operate in our Village, they did not produce any letter, but the problem with our villagers is that they are divided.”

Contacted for a comment, Ward 7 Councillor Vumile Donald Dube said he tried stopping the witch hunters but he was overpowered by the villagers.

“In my ward, we tried with the Chiefs to stop these people but we failed,” said Cllr Dube.

“The chief called about 30 headmen to explain to them that this is day light robbery but we established that the witch hunters bribe the headmen to gain access to the villages.

“What pains me the most is that my ward was the hardest hit by drought. There is no food but people are giving livestock to strangers instead of feeding their families. More than 18 herds of cattle have been taken from my ward. There is nothing I can do because headmen claim it’s what people want people.”

“Witchcraft Suppression Act basically says Zimbabwe does not recognise witchcraft, so what these Tsikamutandas are doing is illegal in terms of the law,” said Mhlanga, in an earlier interview with this publication.

“It is an offence in terms of the law, even the Criminal Codification and Reform Act indicates wizards as an offence, no one can force villagers to pay because whatever they are doing is not allowed.” 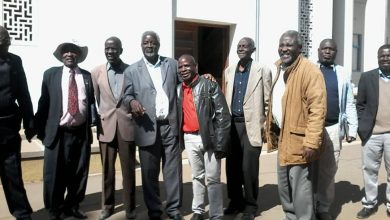 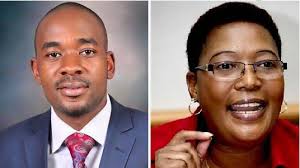