Zimbabweans should debate on whether the country needs to keep its parliamentary whipping system, as it enables political parties to dictate what a Member of Parliament says more than what constituents want, a legislator has said.

The whipping system is practised when passing or amending laws or debating a motion where MPs are “whipped” or instructed by their political parties to follow a certain line of debate.

This is said to compromise the quality of Bills and motions debated while failure to tow the political party line results in the said party recalling the MP from parliament, yet one would have been elected by the people.

Speaking at a recent meeting hosted by Masakhaneni Trust for civic society and residents, Nkulumane legislator, Kucaca Phulu, suggested that the Zimbabwean law was defective when it came to the whipping system used by Parliament.

He said when people supported the constitution or its supporting bills, they did not think through the whipping system, as it brought challenges to representation.

“In fact that’s the problem, before you can blame me as a legislator, tell me what you have done as the people of Zimbabwe about the whipping system. I know that during the constitutional making process I argued against this. There’s a clause which says a political party can use its discretion to withdraw one from the parliament at any time basically without even giving any reason,” Phulu noted.

Section 129 (1) (k) of the Constitution of Zimbabwe states that MPs can be expelled “if the MP has ceased to belong to the political party of which he or she was a member when elected to Parliament and the political party concerned, by written notice to the Speaker or the President of the Senate, as the case may be, has declared that the MP has ceased to belong to it”.

There is no provision in the constitution for voters to recall their MP if he or she is not performing as expected.

Countries such as South Africa, which use proportional representation can withdraw a member from parliament because people vote for political parties and not individuals,

But in Zimbabwe people vote for individuals, who come tied to a constituency and not a party seat meaning MPs are directly linked to people, whose ideal scenario should be once one is voted in, it must be the voters who are allowed to recall their MP, not the political party.

Phulu, who is on a MDC ticket, noted that this was indeed a challenge because due to the way the law was set up, one was supposed to listen to their political party.

“If I don’t then I’m going to be fired and this is the people of Zimbabwe who put that there. The people should start questioning that clause and talking about it everyday. So your efforts may be well spent criticising that particular clause rather than criticising Phulu. Criticise that clause first and fortify Phulu and when Phulu is safe then question him why he is not doing what he must do,” said the Nkulumane MP.

In August this year, Chairperson of the Parliamentary Portfolio Committee on Justice Misheck Mataranyika suggested that the whipping system in Parliament must be repealed from Parliamentary Standing Rules and Orders because it stifles open debate and reduces debate on important Bills and motions to partisan stances by MPs.

Mataranyika – a Zanu PF MP for Makoni South – said Parliament is a place where debate must be robust and free for MPs in order for them to effectively play their legislative roles. 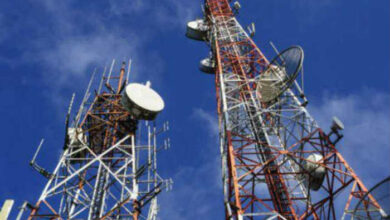