The burial of national hero, Dr Dumiso Dabengwa turned out to be a story of determination and defiance on the part of thousands of people who attended the event in Ntabazinduna on Saturday.

Mourners who included former freedom fighters and the general community saluted the late Dabengwa with dignity and respect although they showed frustration, anger and resentment against government officials present at the burial.

Dabengwa was accorded a hero’s burial with full military honours.

However, none of the three leaders in the country’s presidium attended the burial.

President Emmerson Mnangagwa assigned Minister of State for Matabeleland North, Richard Moyo to stand in for him.

But Moyo’s speech lasted no longer than five minutes as some mourners booed him while others expressed displeasure with him given his previous comments about Ntabazinduna chief Ndiweni.

Sad as his death might be, Dabengwa’s funeral represented an opportunity for people to express how they feel towards the country and administration running it.

Although some may mistake this self-determination as a Matabeleland cause, it was evident from the people, especially the speakers that this was an embodiment of unspoken feelings felt nationally.

Dabengwa’s death became a platform for people to express generalised anger at the direction the country is taking as people shared their unhappiness over the nature of the current, economic, social and political scene, which is not what former freedom fighters such as Dabengwa fought for.

Dabengwa’s family also showed self-determination as they had to put their foot down after the state tried to impose its own programme, forgoing one done by them.

The family was having none of this, as their spokesperson, Gibson Sibanda was dispatched to publicly announce their displeasure.

Sibanda told authorities that Dabengwa’s family would first go through their planned programme and when finished the government could do as it pleased.

Dabengwa’s son Vusi paved the way by reading his father’s obituary and was followed by a representative from Umkhonto WeSizwe -the Military Veterans Association, Shirley Brown who said the hero was one of the greatest sons of Zimbabwe and spoke at length about the strong alliance between ZAPU and South Africa’s African National Congress (ANC).

“As MKVA, we will never forget Dabengwa’s contribution in the battles of Hwange and Sipolilo with the Luthuli detachment. He never allowed political wounds to inflict on others and never attempted to sell people for crumbs that fall of the table of white monopolist capitalists. He was clear on who the enemy was,” Brown said.

Representing South Africa’s president Cyril Ramaphosa was Minister of State Security Ayanda Dlodlo who declared that Dabengwa was a South African hero too.

“This is a man who saved us from the clutches of hyenas who had put us under subjugation. Dabengwa’s name must not be edited out of history books but remain in so his legacy can be told to future generations,” she said.

ANC representative, Gilbert Ramano also shared a glowing story of Dabengwa who served as his commander alongside Joe Modise when he was a foot soldier of Umkhonto WeSizwe and member of the Luthuli Detachment.

However, no SADC former president attended the burial as previously reported due to speculation around protocol since no member of the presidium was present at Dabengwa’s burial to host and accord them their privileges as former heads of state.

In a side interview, ZAPU’s communication director, Patrick Ndlovu said they were “disappointed that even in his death, Dabengwa was once again denied the honour he deserves.”

ZAPU’s Secretary General Dr Strike Mnkandla committed that the party would continue implementing Dabengwa’s vision and joked to his family “they would not find a hidden sack of wealth since he spent all of his money on politics.”

After the reading of a letter of condolence from Namibia, the burial programme was handed back to the government.

When this was done the funeral procession led by his family and veterans, made their way to the grave site.

After laying of wreaths, the government officials were excused and leader of the MDC, Nelson Chamisa was given an opportunity by Dabengwa’s widow, Zodwa to address the mourners.

Chamisa said funerals were supposed to be unifying and expressed concern that the president and his deputies were absent.

He added that this presented a lesson for reflection going ahead.

After Chamisa, Chief Ndiweni made remarks and said the “state of democracy in Zimbabwe was under threat” given the socio-economic situation of the country.

He also chastised the presidium for not attending Dabengwa’s burial even though it had accorded him the national hero status.

The chief suggested in order to honour Dabengwa’s contribution to Zimbabwe, he would lead discussions so that his clan be recognised as a chieftainship. 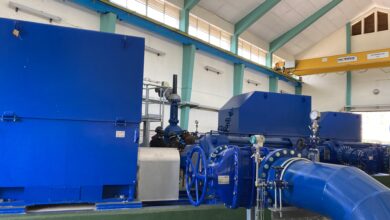 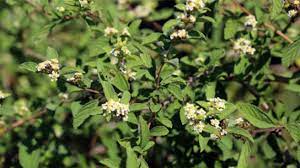 ‘Govt should invest in traditional medicine’