The Mazinahue mining syndicate has refuted claims that they invaded a protected area in Matobo to prospect for gold insisting that they have a mining licence that allows them to carry out mining activities in the area.

In mid-September last year, the syndicate armed with a prospecting license from the Ministry of Mines and Mining Development moved into Domboshaba village to prospect for gold but were evicted by locals.

This caused trouble for the locals who were severely brutalised by anti-riot police forcing them to flee their homes and seek refuge in the mountains.

A meeting to solve the dispute was then convened where it was agreed that no mining activities will take place in the area.

However, the syndicate has since returned to area and reportedly were in the company of soldiers.

Speaking to CITE, some of the members of the syndicate said they had the right to mine in the area as they were granted a mining licence.

“As per procedure, you apply and pay all required amounts and be granted a license.,” said Artwell Sibanda.

Questioned about the presence of the army in the area, Sibanda declined to comment.

Sibanda said the matter was being politicised and tribalised to suit certain agendas.

“We are being called Shonas, but I don’t know how I am a Shona as my surname is Sibanda and my Identification card is 39 from Matobo, So for MRP to say we are sabotaging our people I don’t know whether it’s a political war or a personal war but what I see is that we are just being persecuted for doing business. We have no interest in political issues like MRP but our interest is to do business in this area as per our application.”

Sibanda said the people who are saying the area is a heritage site are not well versed with the area.

“Maybe those who are speaking are speaking from a point of ignorance they don’t even know the demarcations or the boundaries of the Matobo heritage site which starts from Ehole covering almost the whole of Matobo even the National Parks going all the way to Umzingwane and can you tell me mining concerns which within that area, other businesses which are not necessarily mining, how many are there within  Matobo heritage site, so we feel we are being persecuted for just doing business because it is clear that the whole of Matobo is declared as a heritage site, so those who are saying we are defying a sacred place I think are just being malicious,” he said.

He said all the members of the syndicate are all from the Matabeleland region.

Another member of the syndicate Thoko Zandile Midzi also said they went through the normal procedures.

“We went through the normal procedure, how you apply for a mining license,” said Midzi.

Matabeleland South Mining director Khumbulani Mlangeni said he was in the dark on the latest developments.

“We haven’t heard anything, if they have mining rights they can produce their certificates,” said Mlangeni.

Have journalists been prioritised for Covid-19 vaccination during the first phase of immunisation? 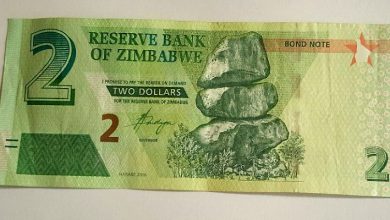