MDC Alliance president Nelson Chamisa says attempts by Zanu PF to decimate the opposition party will not succeed as they have a strong following and a threat to the ruling party.

Chamisa said Zanu PF has resorted to authoritarianism to stifle the opposition.

“What we have seen is authoritarian consolidation, escalation of tyranny,” he said.

“However, we have seen panic come by Zanu PF and Emmerson Mnangagwa on account of our strength. We have remained steadfast and very strong that is why they are in sixes and sevens.”

Chamisa said the assertion by some in the ruling party that the MDC Alliance is a spent force does not tally with the amount of attention Zanu PF is giving to the opposition party.

“What they want to do is to decimate us, attenuate us, weaken us and our structure but they will not succeed. They have tried every trick but the people are determined, they are strong.”

Chamisa said the take over of their headquarters, the Morgan Richard Tsvangirai House by the splinter opposition party, MDC-T, is temporary as they “will ultimately go back there.”

“They are violating the law,” Chamisa said.

“We don’t want anarchy and chaos. We don’t want to take law into our own hands. We want to let the court process continue.”

Chamisa said by recalling his MPs, President Emmerson Mnangagwa and his ruling party were helping him renew and energise MDC Alliance.

“Mr Mnangagwa has done so much to help us rebuild,” he said.

“To destroy the old, you are only helping me to rebuild the new and we are already rebuilding, already consulting across the country to build a consensus and national convergence.”

Chamisai said he was now ready to rule the country and outgrown leading a political party.

“I’ve been a leader of a political party. I don’t seek to lead the party anymore; I need to lead the country. As a result, when I listen to people who always talk about G40, this faction and that, I tell myself I am beyond that. Now my focus is to unite the country. I have gone beyond trying to unite an organisation or political party and convergence is the key thing that is why our theme this year is convergence for change,” said the party leader. 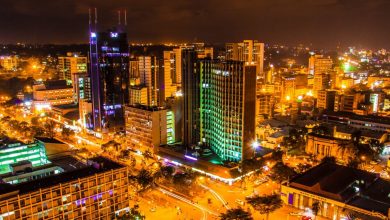