Some members of the Fingo community in Mbembesi have petitioned for the removal of Chief Dumisani Ndondo accusing him of incompetence, maladministration and dismal performance in executing his traditional and administration duties.

The villagers wrote a petition to the Umguza District Development Coordinator on September 25, 2020 noting that countless efforts have been made by family members, community elders and senior aides to advise Chief Ndondo.

In their petition, the villagers alleged Chief Ndondo disrespected their traditional ways, selected his own village heads despite protestations from the community and abused community resources and allegedly accepted bribes for fraudulent activities.

Chief Ndodo has denied these allegations and said the petition was the work of a few individuals who had a vendetta against him.

“The petition is the idea of a handful of individuals who took advantage of a funeral in the area to make elderly people sign it. I know the individuals and one of them wants to be chief. He claims to be a war veteran and has experience as a councillor. This is not the first time they have done this as they did a similar act during the chieftainship of my late uncle (Dr Neville Ndondo),” he said.

The eight-paged petition alleged Chief Ndondo’s poor leadership and behaviour was a cause of concern.

The petition also cited that Chief Ndondo was involved in the illegal sale of land and parcelling out of mining claims in the area.

Chief Ndondo is also accused of converting to his own use royalties collected from local mines namely Mohem, Wilson Mine / EZ Millers and that he clandestinely resettled people in four villages.

The villagers called on Chief Ndondo to be suspended immediately pending investigation.

“As the community we no longer have confidence in him. Working with him is now a nightmare to all including the majority of village heads and headmen,” the villagers said.

Chief Ndondo claimed the villagers wanted to tarnish his name, create divisions and cause chaos in the community.

“I heard the petitioners were called by the police to make statements but couldn’t explain who the land buyers were, where the stands neither could they produce the receipts of the illegal activity. The police had also summoned them to ask why they hold nocturnal meetings during the Covid-19 era, as their meetings start around 8pm so they can’t be seen.”

Reached for comment, Matabeleland North Provincial District Coordinator Sithandiwe Ncube, said her officer had not seen the petition, as she just recently assumed office on October 7,2020.

“This means the petition is still with the Umguza DA and since he’s on the ground, has to verify the allegations so that the matter can be solved from an informed point of view,” she said.

The previous provincial administrator, Latiso Dlamini, now working in Matabeleland South, also said she had not seen the petition. 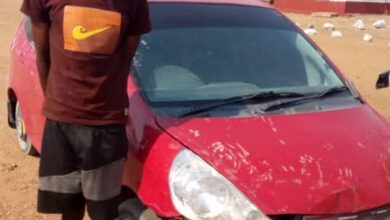 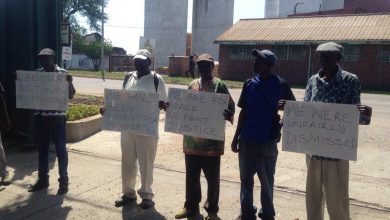