The prediction comes after Hwange in the same province received a total of 139mm of rain within three hours on Saturday resulting in flash floods which destroyed houses, crops and livestock.

In its latest weather updates the MSD said there would be light showers that may be thundery while other areas should be cool at first, becoming much warmer by afternoon under mostly sunny skies.

“Light showers that may be thundery in places are expected in districts such as Binga….,” said MSD forecaster, James Ngoma.

“There is a chance of light showers over extreme northern areas, the rest of the country should be mostly sunny.”

He said less rainfall was expected in the next few days.

“The country was mostly cloudy, windy and cold on Monday, warmer conditions were experienced in the extreme northern district where the cloudy outlook culminated in thunderstorms and significant rainfall amounts in Manicaland and all Mashonaland Provinces,”

Irrigation for farmers, the MSD forecaster said, remained advisable especially in areas where plant stress is noticed adding water harvesting has to be employed as a water management method catering for periods when there is less rainfall. 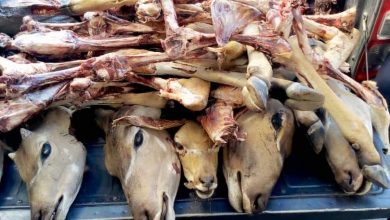