Victoria Falls City Council embarked on the exercise which targets both residential and commercial properties last week after the town clerk Ronnie Dube revealed that the debts which date back to 2019 have exceeded $500 million.

The local authority said it was now struggling to provide quality services.

“The notice was given to the residents last year so we feel that people have been given enough time to clear their debts, or at least make payment arrangements,” VIFACORA chairperson Kelvin Moyo said.

“We cannot object to the decision made by the council because that will be shooting ourselves on the foot because looking at the sensitivity of our town, we feel that if rates and other bills are not paid, then our hygienic standards will fall and as a result, we might lose the tourists and that can take years to be corrected.”

Moyo said the association understands that most people have been affected by Covid-19, but implored residents to settle their debts.

“We understand that Covid-19 has impacted negatively on many of us, but we feel that people should engage with the council because they are open to that,” Moyo said.

“There has been some political activists that have been stirring residents to oppose the move as we head into the by-elections, but as the residents association, we don’t encourage that as our mandate is to monitor and stand for what is expected of us by the people because failure to encourage one another yet we consume their service will not be a fair deal.”

Dube said the process will go on until the council recovers almost every cent owed.

In the previous years, council used to hire some defaulting ratepayers to do menial jobs including slashing of grass around town at a fee.

“We have closed that channel, but if residents want it, we can always discuss and have it back,” Dube said.

“People had a tendency of not working up to our satisfaction, and some will default, hence the council lost out so for now, my office is open for them to come and submit their payment plans.”

Council is targeting those with water bills dating from 90 days and above.

Revenue halls such as Mkhosana and main offices in town are open for payments and payment plans.

Council is yet to compile a list of houses that have had their water supplies disconnected and the number of those who have paid up. 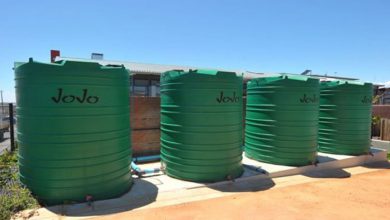 Police clamp down on lockdown rule-breakers