Incumbent Donald Trump is set to mount legal challenges to stop vote counting in some key battleground states while Joe Biden’s camp has already signalled victory with a lead of 264 electoral college votes.

Trump has 214 electoral college votes and the close margins in key states have raised the stakes for litigation as the incumbent repeatedly made claims of fraud in the election.

His camp said Wednesday that it would launch a legal challenge to try to halt vote-counting in Pennsylvania and Michigan, seek a recount in Wisconsin and also challenged the handling of ballots in Georgia.

But experts have warned if a loser on either side challenged the electoral result that could be a serious threat to the country’s democracy.

Zogby said American democracy would not function if a presidential candidate refused to accept the election results.

“Democracy could not work if a candidate who lost, that can be either side or someone who loses says ‘I’m not going to lose,’” he noted.

The pollster also added that secondly, challenging the election result would be a challenge for the threat it posed to civil order in the country.

“We already know that militias are gathering, we know the Black Lives Matter are gathering on the other side and we know a volatile situation like this, does not need gasoline poured onto it,” Zogby said.

The third problem tied to challenging electoral results, Zogby mentioned was how opposing camps peddled fake narratives  to suit their own interests.

“We don’t have duelling ideologies from the duelling parties or for that matter even duelling cultures here. For those of us who do this as a profession to turn on one network and website and see a completely different set of facts that don’t support their prescribed conclusions, then turn on another network, go on line whatever the case may be or various websites and see the duelling realities , its really threatening,: he said.

“And so there’s a lot at stake. Let’s just say to respect the presidency of the US, that (what Trump did going live to announce the polls were fraud) was most unhelpful.”

The pollster highlighted that some of the pre-election polls really “got it wrong” as they raised hopes.

“I am not here to cast aspersions on why the polls did what they did. I don’t think it was anything planned but there was oversampling of Democrats… the polling industry is now at  crossroads,” Zogby said.

Zogby also pointed out that whichever candidate won the US presidency, had a lot of work to unite Americans.

“No matter who wins must build a governing majority, reach across the aisle and seek support for their policies. But of late we have seen the exact opposite. Look at the victory of Barack Obama,  the majority leader at that time said their only task was to see him not re-elected and would fight him on every case,” said the pollster.

If there is a Biden victory, we will see a split congress, it doesn’t look like the Democrats have more seats. It will be a Democrat president and a split congress. This means the winner has a major effort of building a semblance of trust and unity. Frankly it’s not what the people voted for, as it will be hopelessly split and them not having the government they wanted.” 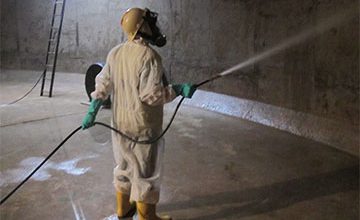