Nurses at United Bulawayo Hospitals (UBH) have resorted to reporting for duty for two days a week citing the biting economic crisis in the country.

This comes at a time when junior doctors in Zimbabwe have spent over three months on strike over poor pay and working conditions.

At least 448 junior doctors have been fired and many more are awaiting disciplinary hearings.

A source at the hospital who spoke to CITE, said they are unable to commute to work throughout the week.

“As nurses at UBH we are now only reporting for duty for two days a week as the cost of living continue to increase, we cannot afford to come to work every day,” she said.

“Some of us have to board twice, we have school fees to take care of and we cannot even afford a decent grocery for our families.”

The lowest-paid civil servant in Zimbabwe gets about ZW$1 023 while the latest Zimbabwe National Statistics Agency (ZimStat) figures, show that an average Zimbabwean family requires at least ZW$3 160 to meet its basic needs for it not to be deemed poor.

Zimbabwe Nurses Association (ZINA) chairperson at UBH, Anthony Majongosi confirmed the development to CITE when sought for a comment.

Yes, this is what is happening on the ground, nurses are only reporting for duty for two days only due to the current economic situation,” said Majongosi.

“The money is not enough and we can only manage to come to work for two days.”

Majongosi said they have engaged the government to pay them at the interbank rate but could not reach an agreement.

“So the government was engaged and after we presented our plight that we expect to be paid at interbank rate taking into cognisance our previous salaries before the use of forex was banned.

“The government told us they cannot afford to pay us such figures and since we had become incapacitated we resolved to come to work for a few days a week that is two days since we can no longer afford to come as we used to,” he said.

He claimed that the government was aware of the resolution adding that the nurses were not on strike.

“The government understood given that we were not going to go on industrial action”.

Rumours and lack of confidence pushing exchange rate up: RBZ 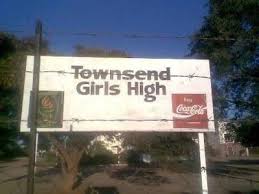