Sugar producer Tongaat Hullet Zimbabwe will supply local universities with ethanol to use in the production of hand sanitisers.

Universities such as the National University of Science and Technology (NUST) in Bulawayo have started producing hand sanitisers as its contribution in the fight against COVID-19.

Director of Research, Innovation, Technology and Development in the Ministry of Higher and Tertiary Education, Science, Innovation and Technology Development, Dr Willie Ganda, assured NUST staff in Bulawayo Wednesday that Tongaat Hullet would supply ethanol as a raw material.

“You will have raw materials through the efforts made by the minister (Professor Amon Murwira), with Tongaat Hullet Chief Executive Officer, who said universities are their top priorities in supplying ethanol,” he said.

Dr Ganda said it was now up to universities to plan and run their sanitiser operations well.

“What we just require from you is good operations management, where the demand and supply side is well panned and that you have sufficient holding stocks. You must apply all these mathematical models that you teach students to operations,” he said.

The innovation director encouraged NUST to carry out its productions efficiently.

“We expect you to play your part, we have played our part because Tongaat Hullet has promised that ethanol is availed. We know there were problems initially when the market was reacting to the coming in of COVID-19 but the supply side of ethanol is well taken care off. You just need to make sure you do good planning,” he said.

Dr Ganda said as, for other raw materials such as packaging, NUST could gather lessons from the University of Zimbabwe (UZ) that runs a manufacturing plant in Waterfalls.

“There are arrangements that UZ is already doing, which we have helped them in terms of manufacturing. UZ is manufacturing packaging materials at our Waterfalls plant that was initially under the Ministry of Women Affairs, Small to Medium Enterprises Development but now belongs to us in support of Education 5.0,” he said.

“This demonstrates why were given that machinery as we are now manufacturing packaging and started with UZ. So those are arrangements that you may want to think about.  We believe it is cheaper for the institution, all you just do is pay for your pre forms and then we manufacture for you at Waterfalls. We still have limited capacity in terms of size of containers but we believe it’s a good start to help you access cheap packaging and also make sure demand circulates among institutions within the ministry.”

After touring the workshop where NUST produces its sanitiser, Deputy Minister of Higher and Tertiary Education, Science, Innovation and Technology Development, Raymond Machingura commented that the university must bring its ethanol closer to the production room to prevent leakages and loss of time. 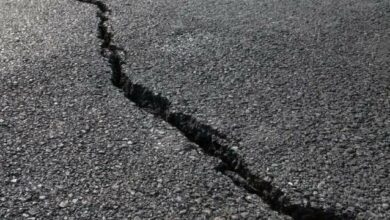 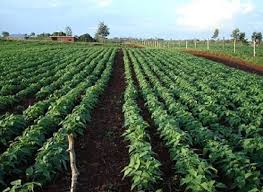