Two villagers from Malaliya in Binga district fell to their deaths in a disused mine while illegally scavenging for scrap metal.

The two men are said to have gone to the disused old Gwayi mine in search of copper and other scrap metals when a beam of timber broke resulting in them falling several meters down the mine.

The old Gwayi River Mine was a copper mine that was closed down in the 1960s.

Incidents of people dying while scavenging for coke, coal and scrap metals at disused areas such as mines and dumpsites have been on the increase in the district.

Barely a week ago, a 16-year-old teenager was buried alive when a tunnel he was scavenging coke in collapsed crushing him to death.

This brings the number of people killed while scavenging for coke and scrap metal to seven this year alone.

“We are appealing to members of the public to desist from tampering with disused mines. We have lost two lives and these people could have been alive had they not tampered with the mine,” said Sgt Mashona.

According to a police report, two men were reported missing for two days after leaving home in the morning in search of scrap metal.

On 18 November at 0800hrs, a report was made at ZRP Dete who attended the scene together with a team from Hwange Colliery Company but they also failed to retrieve the bodies due to a shortage of oxygen in the tunnels.

“On 19 November around 1400hrs, a team from How Mine arrived at the scene and with assistance from a team from Hwange Colliery Company managed to retrieve the two bodies. Since no foul play was suspected post-mortem was waived by Hwange magistrate, Fungai Dzimiri.”

“The kind of risks that people are taking due to the economic situation is scary. It’s unfortunate that even with known risks associated with disused mines some villagers ignore these resulting in deaths. I want to take this opportunity to appeal to the community not to endanger their lives through such acts.” 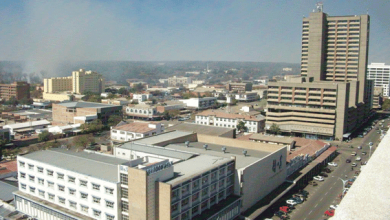 PPPs must be open to public scrutiny