CITE has it on good authority that the local authority lost all its office furniture which was attached by debt collectors to cover the debt.

The debt collectors visited the council offices yesterday in the afternoon and took away all the office furniture.

Tsholotsho RDC council chairperson Esau Siwela said the council cleared the debt in February but the debt collectors had not received proof of payment from the union’s lawyer.

“The council owed the union money amounting to $16 000 but we cleared that debt in February and it was not our debt; that $16 000 accumulated during the previous council’s term and we worked hard to pay the debt.

“When we came into office we found that debt there, the union even took us to court and we sourced funds to clear it.

“The union has had the proof of payment since February but, unfortunately, the debt collectors had not been notified that we no longer owe the union that’s why they were here yesterday.”

“They took the all the furniture yesterday so we had no option but to sit on the floor even during meetings.

I’m told the debt collectors will be returning the furniture today but in the meantime, we will be conducting our business seated on the floor, we don’t have an option,” said Ngwenya. 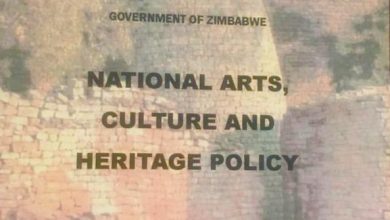