Former War Veterans minister Tshinga Dube has written a biography detailing the prowess of ZIPRA during the liberation struggle, following concerns of little or no literature at all about ZAPU’s former armed military wing.

Citizens and scholars across board feel that narratives about Zimbabwe’s struggle for liberation are dominated by ZANLA (Zanu’s armed wing) at the expense of ZIPRA, which is believed to have fought “fiercely” in the war for independence in the 1970s.

Through his biography ‘Quiet Flows the Zambezi’, Dube hopes to add more perspectives to the country’s guerilla narratives, where he also reflects on his experiences as a former ZIPRA commander and time in government.

“ZIPRA as a fighting force did a lot during the liberation struggle and their battles along the Zambezi against the Rhodesian forces contributed to the Lancaster House talks.

“Those who don’t know, ZIPRA dropped planes and vehicles (belonging to the enemy) in the Zambezi valley area where the whites died. For the whites to die, say one man it’s like the whole world is dead and this became a very serious issues. ZIPRA battles and many others really had the Boers running,” he said at the Bulawayo Media Centre Monday evening.

Dube recalled how the late Lieutenant General Peter Walls, commander of the white Rhodesians said ‘If you gave me some ZIPRA troops I will conquer the whole of Africa.’

“I’m sure many Rhodesian fighters who were sent to go and face ZIPRA combatants would always say goodbye to their families as they were not sure if they would come back. But nobody tells these stories, which is the purpose of my writing the book,” said the former minister.

“As a former ZIPRA commander, I have been very disappointed that no book in any bookshop I come across tells the story of ZIPRA. We have to tell these stories. I am not saying our counterparts – ZANLA, didn’t do as much, they did quite a lot but I’m only talking of the force where I was.”

Already the book has caused a stir where some accuse Dube of saying the late nationalist and vice president Joshua Nkomo had caused Gukurahundi.

The former war veterans’ minister said that section was misinterpreted as he meant to say had Nkomo accepted the ceremonial presidency maybe the Gukurahundi genocide would have been avoided.

Dube also quipped that he was telling the biography from his own point of view and giving his person opinions.

“People must learn to respect an opinion, it can be right or wrong. It is not a biblical verse written by prophets. I would never ever say Nkomo caused Gukurahundi because he suffered a lot more in that time.

“He was threatened, his house ransacked and shot at while he escaped walking across to the Botswana border where he took refuge in the UK. So how can I turn around and say Nkomo caused Gukurahundi, that’s unreasonable,” Dube noted.

He added that no one knows if Gukurahundi “was definitely not going to be there but maybe it would have been avoided” because the late president Robert Mugabe “whose main problem was intolerance to opposition, never wanted any opposition.”

Dube said most of the people who formed Zanu with Mugabe, Edgar Tekere, who was secretary general of the party was kicked out alongside Maurice Nyagumbo and Enos Nkala, whose house was used for its formation.

“Many others, endless of those people were kicked up when they raised their heads against Mugabe, they would never last. Nkomo of course didn’t know what he was up to or the problems that would follow in my opinion,” he said.

The former war veteran’s minister lamented how instead of receiving praise for his biography from colleagues, he was met with criticism.

Dube’s 380 paged biography will be launched this Friday in Bulawayo.

It was edited and published by Amagugu Publishers.

The book is dedicated to “all those who fell during the armed liberation struggle especially those whose graves both inside and outside Zimbabwe are unknown.” 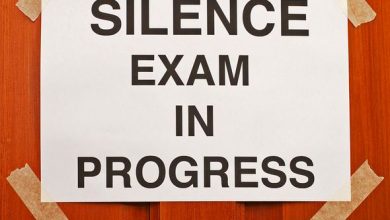 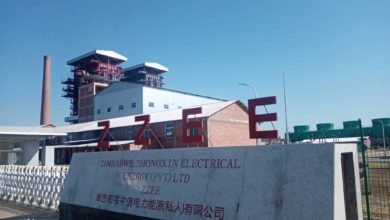