A man’s gift makes room for him and brings him before great men.

For 14 years, Sikhosana strummed his guitar, entertaining fellow villagers in Gwamba village in Nkayi but he never knew his musical prowess would make him a household name.

Luckily, for him, some of his adoring followers started recording his performances and soon the videos went viral on social media.

Interestingly, the song that made Sikhosana famous and made him an instant internet sensation, was on the Covid-19 pandemic that has wreaked havoc all over the world.

He then caught the eye of popular musician Madlela Sikhobokho, who took him into a music studio for the first time.

In May last year, Sikhosana recorded his breakthrough album at Asakhe Music Studios in Bulawayo.

In an interview with CITE director Zenzele Ndebele, Sikhosana opened up about his life and his wish to own a modern homestead and like any man, livestock.

Nineteen months later, his dream has come true. He is now the proud owner of a modern homestead and livestock.

Last year was a roller coaster ride for the Nkayi-born musician.

Six months after recording his debut album, he won an award at the Bulawayo Arts Award.

Early this year, he performed in South Africa sharing the stage with Madlela Sikhobokhobo and Martin Sibanda of Ndolwane Super Sounds.

It was indeed a year of many firsts for Sikhosana.

To show their love and appreciation for Sikhosana’s music talent, his fans around the world decided to honour him by building him a home, worth his new stature.

True to their word, they made sure that they fulfill their pledges.

A CITE news crew on Friday visited Sikhosana and his family at their new home, known as ‘Cresta’ after the Cresta Churchill Hotel in Bulawayo where the Maskandi musician stayed for the BAA ceremony in December last year.

The colourful homestead has become a major attraction with passersby stopping to admire it and interact with the musician.

“My life has really changed even those who looked down on me are now giving me respect.”

His cousin, Bigboy Moyo, a businessman at Nkayi Center, played a huge role in ensuring that the construction project was completed before the rainy season.

“There are few things left such as fencing but the barbed wire has been donated. We are just looking for the person who will assist Sikhosana to fence around the homestead,” Moyo said.

“We are very happy with the support that he is getting from the people locally and abroad, we see even through the YouTube views that people are really supporting him. It is not every day where we see people supporting local artists this much.”

Sikhosana’s neighbour Beatrice Moyo thanked all the well-wishers who came together to assist Skhosana.

“We always see these things happening in other countries but if we see them with our own eyes we are really happy for what people have done for Skhosana, we really appreciate as a community,” said Moyo. 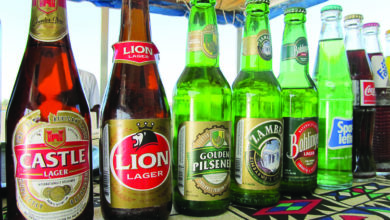