President Emmerson Mnangagwa has led the way in passing messages of condolences to the family of the late Zapu leader, Dumiso Dabengwa, who died on Thursday morning while on his way back to Zimbabwe from India, where he had gone to seek treatment.

Mnangagwa said he was very sorry to hear of Dabengwa’s death, adding “I had huge respect for Dumiso and his contribution to Zimbabwe: As a liberation fighter, a long standing Minister of Home Affairs and as a man. My deepest condolences are with his friends and family at this sad time”.

The president said Dabengwa will forever remain a hero.

Mnangagwa also added that the government had paid for Dabengwa’s trip to India, while reports seemed to indicate that the family had reached out to the government to help with the repatriation of his body.

Moyo could not resist taking pot shots at Mnangagwa’s government, whom he routinely describes as “gukurahundists”, saying they had maliciously detained Dabengwa in 1983 for four years “under the evil Rhodesian State of Emergency Act”.

The Zanu PF government detained and charged Dabengwa with treason over Zipra arms caches that had allegedly been discovered.

Dabengwa, together with former Zipra commander, Lookout Masuku, was acquitted of the charges, but the government detained him again.

The US embassy in Harare tweeted that Dabengwa’s legacy inspired everyone, describing him as a liberation war hero.

“We offer condolences to Zimbabwe on the death of liberation hero Dumiso Dabengwa,” the embassy said.

“He dedicated his life to the emancipation of the people of Zimbabwe. His courage and service in politics and government reflects his commitment to a better Zimbabwe. Dabengwa’s legacy inspires us all.”

The European Union mission in Zimbabwe said: “We are saddened to learn of the passing of Zapu leader Dumiso Dabengwa, who will be remembered for his contributions to Zimbabwe both before and after Independence. Our sincere condolences to his family and friends. May he rest in peace!”

United Kingdom scholar, Stephen Chan tweeted a picture of Dabengwa with the late army commander, Solomon Mujuru, saying: “It reminded me that some really fought the fight, while others talked the fight.”

Senior MDC official, said while he and Dabengwa had fought on different sides during the liberation war, “and on different sides when I first stood for Parliament we became good friends and he will be greatly missed. My deepest sympathy is extended to Zodwa and their family”. 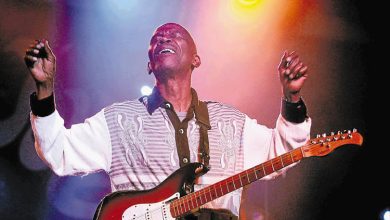