The Patriotic Front (TPF) says it will not participate in the 2023 elections as they seek to gain more ground in Zimbabwean politics.

This was revealed by the party’s secretary for information, Mxolisi Ncube.

Ncube told CITE that the two-year-old party is not in a hurry to assume power as they are building for the future.

“To us, leadership is more about the next generation than the next election. TPF is not contesting in 2023 but preparing to roll out its programmers all over the country, as an introduction to our politics of development and human empowerment.

Our main aim is to make people see our works so that when they choose to elect us, it would be on the strength of our works on the ground,” Ncube said.

A lot of other parties may also not participate in the upcoming elections should the Zimbabwe Electoral Commission (ZEC) not revise its nomination fees introduced last month under Statutory Instrument 144 of 2022.

Presidential candidates will pay US$20 000, with an aspiring Member of Parliament paying US$1000.

The senate and local authority aspiring candidates will have to pay US$200.

Ncube said by now, Zimbabwe should be opening more space for democracy, not pricing it out of reach for many.

“This new levy will force many of the so-called small parties into closing shop or into coalitions and thereby, rob the people of Zimbabwe a wider choice of candidates, especially as the two main contenders of the last two decades(ZANU-PF and MDC) have proved that they’re capable of leading,” he said. 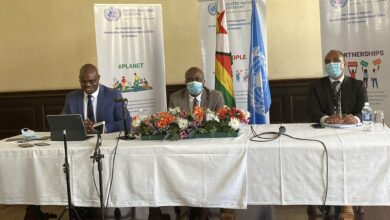