About 3000 prisoners will be pardoned under the 2021 General Amnesty, government has said.

Minister of Information, Publicity and Broadcasting Services, Monica Mtsvangwa made this announcement during the post cabinet briefing, Tuesday.

Minister Mtsvangwa said the amnesty comes at an opportune time as it will decongest prisons which are already full beyond their holding capacity, a condition which poses as a health threat amid the Covid-19 pandemic.

According to Section 112 of the Constitution of Zimbabwe, the President, after consultation with Cabinet, can exercise the power of mercy to grant pardon to any person concerned in or  convicted of an offence against law.

“Cabinet considered and approved the proposed General Amnesty, which was presented by the Minister of Justice, Legal and Parliamentary Affairs. The amnesty will decongest the prison institution whose population currently stands at 20 407 against the prison’s holding capacity of 17 000,” said Minister Mutsvangwa.

“The overpopulation already poses a health hazard, especially considering the Covid-19 pandemic and the recommended measures to curtail the spread of the disease.”

She explained that the amnesty is targeted at all prisoners who have served at least one third of their sentences, save for those convicted of specified offences.

“Prisoners who will not be eligible for the amnesty are those who were incarcerated for murder, treason, rape or any sexual offence, carjacking, robbery, stock theft, and public violence,” she said.

“There shall be full remission of sentence to be granted to all prisoners who would have served life imprisonment for at least 15 years commutation.” 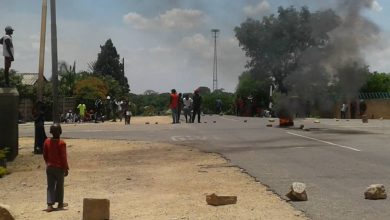