A staunch Zanu PF supporter in Bulawayo has described in graphic detail how he was brutalised by soldiers during a crackdown against civil society and opposition activists that followed the January 14 protests.

Mutshiwa Dlamini, a self-employed mechanic from Emganwini suburb, suffered ‘lacerations on his scalp, bruises on the abdomen, left upper limbs, back and lower limb’, according to a medical report from the United Bulawayo Hospitals (UBH).

Dlamini’s story and that of four other city residents  whose police and medical records were gleaned by CITE flies in the face of the Zimbabwe National Army (ZNA) and Zimbabwe Republic Police (ZRP) claims that  security forces were not involved in the wave of killings and torture of civilians that has attracted global condemnation.

The shocking incident  happened on January 16 along Plumtree Road after a truckload of soldiers suddenly arrived when the Zanu PF member was chatting with a friend.

“A truck full of soldiers arrived while I was showing a friend a gate that needed to be repaired,” an emotional Dlamini recounted. “My friend immediately escaped when the soldiers summoned me.

“I refused to go to their truck and some of the soldiers jumped out, dragged me to a ditch and started assaulting me with baton sticks and sjamboks.”

The man popularly known as Ford Transit in his neighbourhood because he specialises in repairing Ford vehicles, said the soldiers whipped him all over the body while accusing him of taking part in the Zimbabwe Congress of Trade Unions  organised stay away.

“They whipped me on my thighs, across the stomach, my back and arms,” Dlamini said.

“The soldiers kept shouting that people must stay at home during stay always.
“They said I was the type of man who will flirt with soldiers’ wives while they were away on duty.”

He pleaded with the soldiers to stop the assault, telling them he worked from his home and was the owner of the workshop they were looking at, but his pleas fell on deaf ears.

“I was bundled into the army truck before they drove off,” he said. “At that time my head was covered in blood.

“As they drove around the suburb the soldiers shouted all sorts of obscenities at residents, declaring that they wanted to teach Bulawayo people a lesson.”

Dlamini said at some point he collapsed and the soldiers resuscitated him by drenching him in water.

“They continued bundling people into their truck until we were 15 civilians and they ordered us to sing Zanu PF songs,” he added.

“We proceeded to Bellevue where one plain clothed soldier, Moyo identified me.

“He asked the soldiers why  they had tortured me and they just said I was caught up in the crossfire.”

Although, the soldiers had stopped torturing him, Dlamini was to witness more brutal attacks on residents going about their business until they dropped him at home severely bruised.

“At some point we came across hitch hikers waiting for transport to Botswana and the soldiers ordered them to roll on the ground and drink water from rain puddles,” he claimed.

“Even women who were in the nearby maize fields were not spared as they were beaten.”

Dlamini said he sought help from one of his in-laws, who is also a Zanu PF member and was advised to contact Abammeli Human Rights Lawyers’ Tineyi Mukwewa.

“Mukwewa took me to a pharmacy in the city centre where he was advised to file a police report before seeking treatment,” he said.

Mukwewa is now among dozens of civil society activists who are allegedly on the security forces’ hit list and have been forced to go into hiding.

Meanwhile, at Bulawayo Central Police station, Dlamini was allegedly told that police would not interfere with military operations.

He said a sympathetic senior police officer eventually came to his rescue and facilitated his treatment at UBH.

His medical report referenced UBH 5084 detailed, the extent of his injuries.

Dlamini said he also witnessed soldiers beating up people at a shopping centre at Emganwini two days after his ordeal.

“I had to call a senior Zanu PF party official, a Mashaba to inform him about these beatings,” he said.

One of the soldiers approached him saying he needed a pressure pump for his Ford vehicle before taking his phone number.

The soldier identified as Johane Mumpande later sent Dlamini $95 through Ecocash for the pump.

He was able to establish that Mumpande was based at One Brigade barracks.

“After a few days he  called me to Western Commonage Police Station. I went there and found him in plain clothes,” Dlamini said.

“I asked him why they were beating up people yet they needed help from the same community and he apologised saying they were working on orders.”

Dlamini said he traveled to Gokwe to inform his brother who is a army retired major general that he had been tortured by soldiers.

He allegedly found his brother in the company of War Veterans deputy minister Victor Matemadanda.

The brother allegedly made several phone calls including to army commander General Phillip Valerio Sibanda seeking to establish why the army was attacking civilians.

Dlamini said an instructor at the One Brigade barracks admitted that soldiers had been deployed into the suburbs, but claimed it was only for a clean-up exercise in the aftermath of the protests.

Over a week after the victim reported his case at Bulawayo Central Police Station, he is yet to get a case number.

He said each time he called the investigating  officer  to follow-up on his case, he was told that police would get  back to him but CITE has since established that it was lodged as case number  IR438/1/19

Mpala was allegedly assaulted by 30 soldiers with sjamboks on January 14 and he sustained injuries on his back, upper limbs and a swollen behind.

The two women, who are confessed sex workers, said they met a group of police officers and soldiers along Herbert Chitepo Street and they were heavily assaulted.

Virginia Ncube from Cowdray Park (case number 431/1/19) told officers at Bulawayo Central that a soldier forced her to lie on the ground while he performed a sexual act on her.

Ncube said the group of soldiers also stole $45 from her.

ZNA spokesperson Lieutenant-Colonel Alphios Makotore refused to comment on the latest revelations, referring CITE to a joint statement by the army and police issued on January 29 distancing the security forces from the killings and torture.

He sent a statement read out by police spokesperson Senior Assistant Commissioner Charity Charamba laying the blame on alleged imposters.

Police also claimed only one case of sexual assault  had been reported in Chitungwiza but victims who reported their cases in Bulawayo  told a different story.

Charamba did not respond to questions after demanding to know the source who gave CITE the police records.

According to human rights groups, 12 people were killed during the clampdown and over 70 sustained gunshot wounds.

Hundreds of opposition and civil society activists were rounded-up during the clampdown and are being tried for various offences amid complaints by lawyers that the judiciary is not affording them fair trials.

Justice minister Ziyambi Ziyambi told Parliament recently that law enforcement agents were not above the law and urged victims to report their cases to the police. 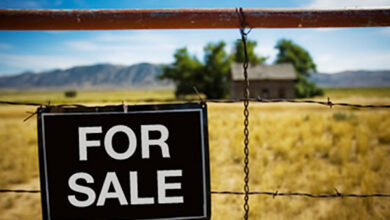