Three Zimbabwe Republic Police (ZRP) officers have been arrested for stealing copper cables worth US$7000 in Bulawayo’s Pumula East suburb.

The trio cut off about 34 meters of overhead 2,5 copper cables and 76 meters of gauge single core.

According to police sources, a resident Nelson Mushaurwa was woken up at around 2 am on Sunday by sounds in his yard.

“One of the residents Smart Dube informed the other residents that there is a trail of copper cables being pulled near his place of residence. The residents then teamed up following the trail which was leading towards a bushy area.”

Dube who was driving his car in the company of another resident came across Constable Taruberekera’s silver Toyota Starlet vehicle parked in a bushy area with the three cops inside.

“Smart Dube asked the suspect what they were doing and who they were and the three accused persons informed him that they were police officers on duty. Only Constable Tavuyanago was in police uniform putting on a grey shirt, riot trousers, and black combat shoes without a cap. The suspects started assaulting Smart Dube accusing him of being a thief,” said the sources.

At that moment the passenger who was in Dube’s vehicle managed to reverse the car and rushed to inform the residents that Dube was being assaulted.

“The residents then came and demanded to see police identity documents if indeed they were police officers but the suspects could not produce any. Whilst the residents were interrogating the suspects one of the residents Pretty Kamwara phoned the other residents informing them that she had picked up a police STU cap and a wallet with 068535T constable Tapiwa Taruberekera’s national identity card and bank cards at the scene of the crime.”

Realizing that one of the suspects was putting on a police uniform without a cap the residents started assaulting the three suspects.

He said one suspect, Constable Tapiwa Taruberekera managed to drive away.

“It was discovered that about 350metres ZESA overhead copper conductors and gauge single-core were cut, stolen and about 56metres were left hanging.”

Contacted for a comment, Bulawayo Police Spokesperson Inspector Abednico Ncube referred the reporter to the National police spokesperson Assistant Commissioner Paul Nyathi who was said to be in a meeting. 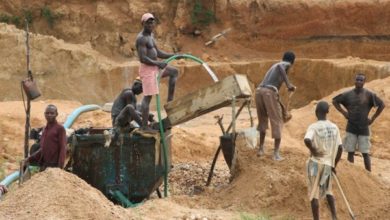