“The following candidates have been duly nominated, Ngwenya Sindiso Ngwenya of Citizens Coalition for Change (CCC), Fedrick Siwela of Zanu-PF party and Liberty Nyirongo of ZAPU party and there is nothing on the unsuccessful candidate,” the nomination officer announced after the sitting of the nomination court at the Matobo RDC offices.

“Since more than one candidate has been duly nominated in ward 2, the poll shall take place on the 22 October 2022 in accordance with subsection 17C of section 46 of the Electoral Act Chapter 213 as read with the notice of 17 August 2022 in the Herald,” said the Nomination Officer.

In an interview with CITE, ZANU-PF Political Commissar for Matabeleland South, Washington Nkomo said they are happy that their candidate sailed through.

“We are happy that our candidate sailed through, we look forward to retaining the seat. We have always been with the people, there is no way we can separate the party with the people because it’s the people’s party,” said Nkomo.

“The candidate came from the people through the process involving people from this area, we are happy they chose a villager,” said Nkomo.

ZAPU candidate, Liberty Nyirongo said people should vote for ZAPU as they are trying to address some challenges faced by villagers in the area.

“People are suffering in the mines; jobs are taken by people from other areas,” he said.

“We also have water challenges which also affect schools, there are no dams, no boreholes, so I was hoping to contest for this position so that I can also assist in these issues.”

He added that he will also address the road infrastructure challenges.

“We also have road infrastructure challenges, so I am hoping that if I do well in the elections those are some of the priority areas that I will focus on.”

“We want to meet the demands of the people in our ward, we want people to accept change but people are afraid due to fear, they are thinking of the ‘Manuqonde’ phase which intimidated a lot of villagers,” said Ngwenya.

Calls for a forensic audit into Parliament procurement processes  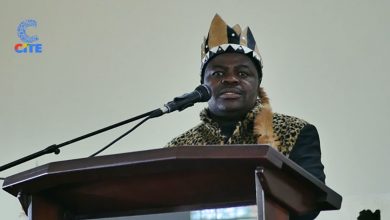