The Bulawayo City Council (BCC) Department of Health is still waiting for assistance from the government – months after it submitted its list of requirements needed to fully equip Thorngrove Infectious Disease Hospital – which has been selected to handle all Coronavirus (COVID-19) cases in the region.

The samples that are supposed to be tested at Thorngove are sent to Mpilo Hospital.

Addressing a press briefing on the city’s state of preparedness against the fast-spreading virus on Friday, Bulawayo’s Assistant Director of Health Services, Dr Khulamuzi Nyathi, said when the outbreak started, in China before spreading to Europe, health officials in the country thought the traffic of people with potential cases would be concentrated in the country’s northern part but now with South Africa having recorded 202 cases, the risks of infection in Matabeleland became higher.

“This is why we have started to upgrade our response efforts, as risk has become higher. We have to increase surveillance and monitoring of people passing through the ports of entry and yesterday (March 19) we saw 600 people and we have spoken to the health ministry to give us more staff,” he said.

Dr Nyathi confirmed they had informed the Ministry of Health and Child Care on their needs, which were yet to be responded to.

“We wrote to the ministry requiring certain things we are unable to do as council, matters relating to financial resources,” he said.

Dr Nyathi highlighted that Thorngrove’s Isolation Ward was last used in 2008 during the cholera outbreak and needed to be partitioned in order to be equipped with beds accordingly.

“80 percent of patients will usually have mild symptoms, 15 percent will suffer moderate while five percent will be critical, of which these will need isolation. Once in isolation, one will need ICU, oxygen, ventilators in order to give proper service to potential cases,” said the health expert.

He revealed that the city council was talking to other stakeholders, with the possibility of identifying potential houses or areas that could be used to accommodate potential COVID-19 cases.

“The powers that be are pushing for capacitation of those areas to be made ready for isolation.”

Dr Nyathi explained that staff were also crucial, as “if you have one patient admitted, you need two nurses to attend to them in the morning, two nurses for the afternoon shift, two nurses to do the night shift, a medical doctor to come see the patient, a cleaner nurse aid and someone who disinfects.”

He added that case management was a small part of readiness but the most expensive, which was why Thorngrove needed boosting in terms of financial and manpower resources.

The city health’s official said the council could not purchase medical equipment on its own, as it had to abide by procurement rules.

“We use RTGS currency and if you want to buy linen you have to collect quotations and by the time you process the funds, prices have changed and they continue changing. We did highlight this to the ministry noting challenges of having to follow procurement guidelines while prices increases. Otherwise, if we buy on our own, we may be accused of breaking procurement guidelines. We did ask for a waiver, we are waiting for response,” he said.

Divisional Environmental Health Officer, Patrick Ncube, concurred the city had sent a list of requirements to the Ministry of Health and Child Care and were still waiting for a response.

“We were asked to submit our bill of quantities and budgetary requirements by the Ministry of Health and Child Care and other departments. We have been promised the requirements would be met but up to date, we haven’t received anything including the PPE, which is one of the most important items to protect healthcare workers. We are using PPE from previous outbreaks, as we await those budgetary provisions,” he said.

The city is yet to release the actual statistics of how much is needed after liaising with its finance department.

However, the city health department said it had activated its emergency response plan and was now holding daily internal meetings, after having admitted some suspected cases.

“Externally we have held meetings with private doctors, met with Mater Dei, right now we are meeting army, non-governmental organisations and have involved other stakeholders, the police and provincial Matabeleland partners. 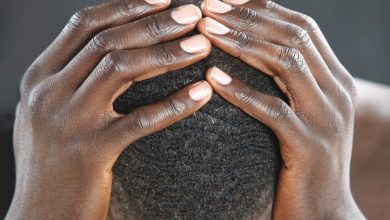