Tshelanyemba villagers in Kezi were reportedly assaulted by suspected cattle rustlers in Makhado, Beitbridge after they confronted them over their missing livestock.

The villagers have lost a lot of livestock to cattle rustlers in the past months and last week they grouped up as a community and went to Makhado in search of their livestock.

This is the second time the villagers have been attacked while following up a lead of their stolen livestock, the other incident occurred in 2015.

One of the villagers Cosmas Tshabalala was severely assaulted and had to seek medical attention in Bulawayo.

Narrating his ordeal to CITE, Tshabalala said they decided to take upon it upon themselves after they lost a lot of livestock.

He said they surrendered the livestock to the police who said they will have to clear them first.

“We met again as a community last week and returned to Makhado as we noticed that about 100 cattle had had their brandings removed, we instructed the people not to sell them while we continued with our investigations,” said Tshabalala.

“We first headed to Makhado police station and we were given one police officer who accompanied us to a feedlot and we recovered six more cows. We further requested the police backup to do further investigations in the surrounding farms but the police only gave us a letter giving us permission to go into the farms in search of our cows.

“From Sunday afternoon, we were going around in search of our livestock in the area, but our search didn’t yield anything. We continued Monday morning after receiving a tip-off from one of the security guys who told us that our cows were being kept at Shanyawugwe and other areas.”

“The team that was using the small vehicle reached an area close to Shanyawugwe and we recovered 11 more livestock from there, we called Guyu police station for a police backup since they knew that the area is full of criminals, but the officer in charge said they had no fuel,” he said.

“We proceeded to another police base in Nhwali and we were given two police officers, when we got there, the police officers took some videos and photos of the cattle which we had positively identified as ours,” said Tshabalala.

One of the suspects told them that the other cattle were in the fields and about five of them went to try and identify the livestock.

“When we got to the area, we were forced to walk on foot as the car could not proceed further but when we had a bit of a distance we heard the driver start the car and we immediately suspected something wrong was going on,” he said.

Tshabalala added “When we had walked a distance and now in an open area, we saw a group of more than 60 people which comprised the women, young boys and men and they started assaulting us, we told them we were not there to fight but our pleas fell on deaf ears. They used axes, stones and hoes to attack us, even the two police officers we were with were attacked.”

He said they were forced to walk to reunite with the other villagers.

National police spokesperson Assistant Commissioner Paul Nyathi said he had not yet received the report when contacted for a comment. 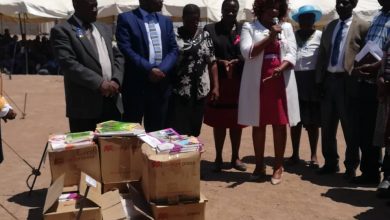 Mudenda shoots down proposal on special filling station for MPs