Stakeholders attending the International Day Against Drug Abuse and Illicit Trafficking commemorations in Bulawayo, Friday, said there was a need for the introduction of drug rehabilitation centres, an initiative largely viewed as a major move in the fight against the rising scourge.

This comes at a time the advent of Covid-19, saw a sharp rise in the abuse of various drugs such as Methamphetamine, a highly addictive stimulant commonly known in the country as “crystal meth” or “ mutoriro”, which affects the nervous system and generally leaves addicts in a state of stupor.

In April, the government launched a Zimbabwe National Drug Masterplan which identifies alcohol and drug abuse as one of the top causes of mental health problems in all of the country’s 10 provinces.

Speaking to CITE a recovering drug addict called on the government to avail rehabilitation centres.

“I started using drugs when I was at the age of 13, I got into drugs when I was trying to get over some stuff.  Was abused when I was young and the matter was never dealt with, there was no counselling. As I grew older due to peer pressure I was told that if you take drugs the problems will disappear, you will simply forget,” she said.

“I have been off and on this. The major problem is that we do not have a facility here in Bulawayo where you can go for rehabilitation. They refer us to Engutsheni but we do not have mental health issues, we will not seek rehabilitation services at Engutsheni and there is also stigma associated with a mental institute, so all we need is a rehab centre,” she said.

Speaking to CITE of the sidelines of the event, National Aids Council (NAC) provincial manager Sinatra Nyathi also admitted that there was need for rehabilitation centres to cater for drug abusers.

“We do not have rehabilitation centres, so we have a situation where we are saying everybody with drug and substance abuse challenges are sent to Engutsheni hospital, that’s not proper because their conditions are totally different.

“As a result, we are advocating for partners and resources to make sure we have rehabilitation centres specifically meant for those with drug challenges so that they have the services at an affordable price,” Nyathi said.

“We are saying it’s not about building a new structure, we can also have a situation where someone can offer their homes for reasonable rentals and use that for rehabilitation services. So now is the time to think about where and how we can start. We can also have virtual platforms where we can start discussions in as far as rehabilitation is concerned,” she explained.

Bulawayo Provincial Medical Director Dr Maphios Siamuchembu said there was need to eliminate corruption in the fight against drug abusers.

“The law enforcement agents need to investigate where the drugs are coming from and the perpetrators are arrested and the judiciary should also impose heavy penalties on these people once they are found.

“Corruption and payment of bribes to enforcement agents is one thing we need to fight, because as long as there is corruption, these people may not be arrested. It’s a complex problem that needs various individual organisations to work together,” Siamuchembu said.

He, however, indicated that there was need for all stakeholders to put their heads together in the fight against the scourge.

“The scourge of drug abuse, needs collective efforts with various civic organisations, the government, the youths and all different aspects of life,” he said

The commemorations ran under the theme, ‘drug use in Zimbabwe, a search for a sustainable policy.’

The World Health Organisation (WHO) has identified Zimbabwe as having the highest number of 15 to 19-year-olds in Africa who engage in heavy “episodic drinking”, at 70.7 percent among males and 55.5 percent among females. 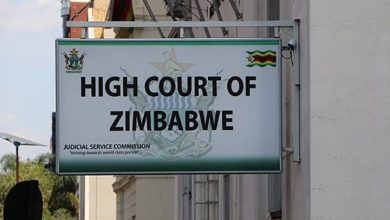 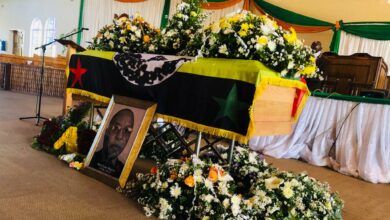