The Ministry of Primary and Secondary Education says ZWL$654 million was used to procure Personal Protective Equipment (PPE) for learners and teachers for the reopening of schools this Monday.

Schools are reopening after a hiatus caused by the Covid-19 pandemic that broke out in March 2020, starting with final examination classes notably Grade Seven, Form Four and Upper Six.

These three classes are sitting for their Zimbabwe School Examinations Council (Zimsec) exams that should start on December 1, 2020.

This is part of the phased re-opening that was announced by Cabinet last week where other classes – Grade Six, Form Three and Lower Sixth or Form Five are to open in the second phase in October 26, 2020 and after that on November 9, 2020 when everyone else goes back to school that is ECD A and B, Grades One to Five, Forms One and Two.

In an interview with CITE on the preparedness of the schools, Deputy Minister of Primary and Secondary Education, Edgar Moyo said the government had procured PPE from the National Pharmaceutical Company (NatPharm) while some institutions had sourced for their own.

“Some schools already have their PPEs, sourced differently. Some of them sourced through their partners, others through their own initiatives but what the government has done is to set aside ZWL$654 million which was used to procure PPEs from NatPharm,” he said.

Moyo noted NatPharm was making its deliveries and hopefully most schools would have received their consignments by today.

“You will take note, teachers were not even in schools, so most of them are moving in this week and in using their movement to schools this week, we are also delivering. The procurement process is almost finished,” he said.

“We had a meeting last Friday where we received an update on the procurement and NatPharm confirmed the majority of the items we require they had, so the logistics of delivering are underway.”

The deputy minister noted the PPE would be for both the students and teachers after teachers’ unions expressed their worries over the protective equipment and the need for improved salaries.

As for social distancing, Moyo said shortage of adequate space would be seen later when all classes were back in school but for now, the examination classes were catered for.

“The problem is going to manifest later because for now in the primary school module, it’s only the Grade seven classes opening, so social distancing is not going to be a problem. In the secondary school, we have Form Four and Form Six learners, so there’s a lot of classroom space for now,” said the deputy minister.

“But going into next year we know there could be situations where all the learners must be in school their infrastructure is going to be overstretched.”

It was highlighted by the government that in keeping with social distancing rules, classes must be smaller and so more teachers are being employed, classes might be split and steps taken to make sure no class will have more than 30 pupils in one classroom, a measure that will help teachers in the catch-up process.

Moyo assured learners and parents that teachers would do their best to cover the gap so students can grasp concepts.

“Our contact period of learning is two and a half to three months, we hope some work is going to be covered. We know it was not everyone who had access to extra lessons but we are working with teachers to see that key concepts are going to be covered in this period. So that by the end of the interface when examinations start learners will be ready,” said the deputy minister.

The deputy minister added that the ministry had suspended sports so that time could be added to learning for the classes.

“We have given extra platforms for learning, which is also providing revision models for the Grade Seven, Form Four and Form Six classes. These have already been distributed to the schools and we hope that the revision models are going to give them more time and exposure to exam material,” Moyo summed. 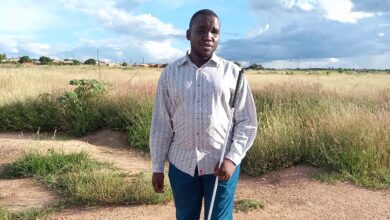 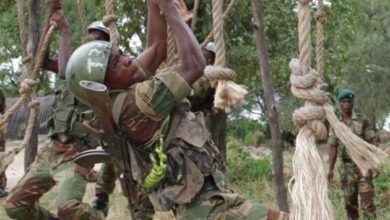