The soldiers were reportedly on patrol in the area and are camped at Chisuma Primary School.

The deceased were identified as Morgan Sibanda popularly known as Zhuzha in the area and Dumisani Mpofu also commonly known as Dudu.

Ward 2 Councillor Shakani Mukoma and ward 3 Councillor Given Moyo both confirmed the incident which took place at Langton Bar at Chisuma Business Centre in ward 3 under Chief Mvuthu.

According to reports from eyewitnesses, the soldiers arrived at the business centre around 8 pm and found the deceased drinking beer with other patrons.

An altercation then ensued leading to the soldiers heavily assaulting and opening fire on the villagers resulting in Sibanda and Mpofu being shot.

“We were seated outside the bar drinking beer when two armed soldiers came on foot,” Silent Ncube, one of the survivors narrated.

“They came towards us and approached my friend Dudu and shot him on his lower back. I immediately took cover, a few seconds later they fired four more shots and in the process also shot Zhuzha. After the shooting incident, the other soldiers came in a truck and disarmed the two soldiers.”

Zhuzha reportedly died while being ferried by ambulance to Victoria Falls hospital.

Ncube said the soldiers had been frequenting the bar and they were able to recognise them.

Cllr Mukoma said they had received several reports of villagers who had been assaulted by the soldiers.

“We have a compilation of those reports where even young girls have been severely beaten, but their target men mostly,” he said.

Ncube added that on Tuesday, they had severely assaulted one of the deceased’s young brothers who had reportedly refused to buy the soldiers beer.

Contacted for a comment, national police spokesperson Assistant Commissioner Paul Nyathi confirmed the incident and said the deceased had tried to disarm the soldiers leading to the fatal shooting.

“The Zimbabwe Republic Police is investigating the circumstances in which two suspects tried to disarm members of the Security Services who were on an anti-smuggling deployments in Victoria Falls on 30th September 2020 resulting in a shooting incident and the death of the two suspects,” said Assistant Commissioner Nyathi.

“As the Security Services team was at Chisuma Business Centre, at 1930 hours, monitoring anti-smuggling activities and dispersing people who had gathered in contravention of Covid-19 regulations, one of the suspects assaulted a Security Service member and then tried to disarm him, resulting in a scuffle.

“The other suspect joined in and ignored warnings given by Security Service members.

“The Security Services strongly warn members of the public against trying to disarm deployed personnel, especially in this anti-smuggling operation.” 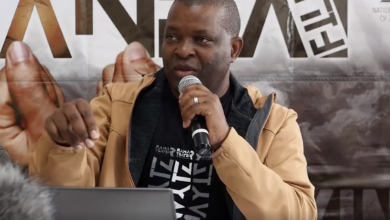