President Emmerson Mnangagwa arrived in Bulawayo Friday for a third engagement with the Matabeleland Civic Society, on issues affecting the region including the emotive Gukurahundi atrocities.

The third instalment will take place on Saturday at the Bulawayo State House, where government officials said Mnangagwa would continue the discussion on documentation for Gukurahundi victims, exhumations and plan for a national launch of a programme to issue birth and death certificates to survivors of the 1980s massacres.

The inaugural engagement meeting with the Matabeleland Collective led by Jennifer Williams took place in March last year at the Bulawayo State House but the coalition developed some cracks after some of the members felt uneasy being viewed as aligned to the Zanu-PF led government.

A second meeting was held this year in February at the same venue, where the grouping lobbied President Mnangagwa to apologise for the atrocities and facilitate a documentation process for the survivors and victims of the massacres.

Addressing the press ahead of Saturday’s meeting, Permanent Secretary in the Ministry of Information, Publicity and Broadcasting Services Ndavaningi Mangwana, said the meeting was testimony that President Mnangagwa was committed to solving issues affecting the region.

“His excellency does not start something without seeing it to its end. The issue of Gukurahundi, past marginalisation and developmental issues within this region. It is an issue which the president is seized with. Even under lockdown, he has decided that we need to continue to follow through, to see everything to its final and good end. But most information will come Saturday after the engagement,” he said.

Mangwana said this meeting was preceded by another meeting attended by Permanent Secretary in the Ministry of Justice, Legal and Parliamentary Affairs, Virginia Mabhiza who was in Bulawayo on July 2.

Mabhiza concurred that Mnangagwa’s meeting was a follow up on issues discussed with Civic Society in Bulawayo.

“It’s mostly to do with issues to do with birth and death certificates for victims of Gukurahundi. We  are also looking at the issue of exhumations currently handled by the National Peace and Reconciliation Commission,” she said.

“But our bigger vision is to conduct a launch whereby the President in a province of his choice in Matabeleland to launch the  issuance of birth and death certificates and also looking at exhumations, remember it’s not only about Gukurahundi issues only but other broadly
developmental issues affecting this province. We are here just as follow up.” 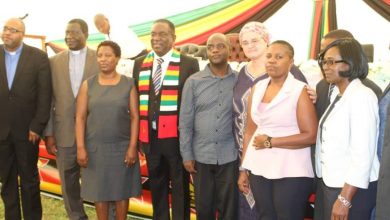 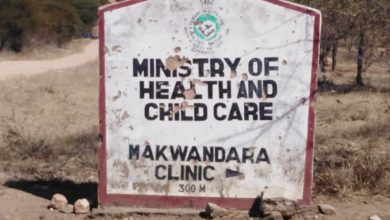