Workers at the Hwange Thermal Power Station 7 and 8 expansion project yesterday staged a sit-in demanding to be allowed to go home after being locked in for more than 8 months.

The latest job action follows several pleas by the over 400 workers to be allowed to go home.

The workers have been complaining of unfair labour and human rights violations at the hands of Chinese contractor, Sinohydro Corporation.

Since the onset of the national lockdown in March due to Covid-19, management resolved to send some of the workforce home while the remaining were placed under a localised ‘lockdown’ under the guise to curb the spread of Coronavirus.

On Friday, progress was stalled following the withdrawal of labour by the workers forcing the convening of an emergency meeting between management, Hwange District Development Coordinator (DDC), Zimbabwe Power Company (ZPC) officials, representatives from the Ministry of Energy and Power Development, Zimbabwe Energy Workers Union (ZEWU) and the workers.

According to sources close to the developments who spoke to CITE by telephone, the workers lost their patience after their pleas continued to be ignored leading to the collective job action which affected progress at the 330MW power plant.

“We have been subjected to human rights violations from being denied access to our homes and families to eating bad food. We are living as squatters here at the camps where there is overcrowding and poor sanitation.

We are surprised how they say they want to prevent us from contracting Covid-19 while the very state of our accommodation here exposes us to it. We do not understand how other workers such the ones from ZPC are coming from home and the same people mix with us yet we are told if we go out, we will catch Covid. Is this virus discriminatory?” said one worker who requested anonymity for fear of reprisals.

Workers said the meeting resulted in an impasse as workers and management failed to agree on the way forward.

They said the Chinese management who have denied them the right to be unionized have also been issuing threats of dismissals if the workers continued boycotting work.

There was no joy however for the workers after the crunch meeting as a workers’ union representative from ZEWU Bulawayo office, a Mazarura told them that management had agreed to a two months in and two weeks out arrangement.  The arrangement had been pitched by management but was turned down by the workers who argued that it still stifled their rights.

According to a leaked memo to workers following their threats to boycott on 25 September, the Sinohydro project manager, Zhan Enbin said the lockdown at stage 7 and 8 was above board.

“It has come to the management’s attention that on 25 September 2020 at around 8pm you grouped together at the local living camp and demanded to be addressed by management pertaining to encamping and other conditions and that you threatened not to go to work if not heard by management.

Once more, let me take this opportunity to clearly state that the lockdown here was a result of agreements reached between senior officials of this company and that of ZPC including the respective governments of Zimbabwe and China. It is not something done outside the laws of this country and should need arise to lift the lockdown, express permission has to be obtained from those with powers,” read part of the memo.

With regards to vacation leave Zhan said employees were allowed to sought permission through an application.

“Moreover, at the start of the lockdown employees were asked to exercise their right on whether to stay here or go home and whatever choice employees made was respected. Employees can still choose to either stay here if they so wish or leave if the conditions here are not to their liking.

As a way to ensure employees meet their families regularly or attend to urgent or emergency issues, the company is allowing employees to go on vacation upon application of leave. As regards to issues on food and hygienic conditions, those will be attended to urgently by management.”

Efforts to get a comment from Projects Site manager, Engineer Forbes Chanakira were fruitless, however, acting DDC Simbarashe Kayela confirmed the meeting but refused to shed more details.

‘High Court has no jurisdiction over Malunga farm’

Did President Mnangagwa actually say that citizens who refuse Covid-19 vaccination will not access key services and job opportunities? 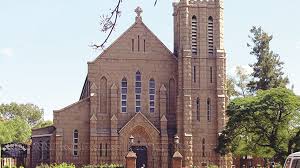