THE National Peace and Reconciliation Commission (NPRC) believes that the violent protests that broke out during the #shutdown period can be mapped back to historical conflicts which have not been dealt with.

According to human rights activists 12 people died from the violent protests and hundreds were treated for gunshot wounds countrywide following the brutal crackdown that began on January 14.

Addressing a local peace committee training and consultation meeting in Bulawayo Friday NPRC Commissioner, Leslie Ncube said the problems faced in the country are not new but manifestations of what has been taking place.

“The commission does conflict mapping and we can trace the conflict to since 1890. We have to look at the raids that happened then in the times of King Lobengula and Mzilikazi. You know that in itself has caused aspects of bitterness,” he said.

Commissioner Ncube noted that Zimbabwe has gone through epochs of several conflicts that have failed to receive redress.

“Immediately before the independence, we have history of assassinations… At independence we have the struggle between Zapu and Zanu. At that particular time their differences became so protracted already and that was conflict. Today, there is someone who is boiling over that conflict,” he said.

Squabbles since independence also contribute to the unrest that is prevailing and Commissioner Ncube said such have to be mentioned as some are still aggrieved.

“In 1983 – the occurrence of disturbances, Gukurahundi leading up to the signing of the unity accord in 1987. Whether these issues were solved or unsolved, it’s up to us to analsye but that created a lot of problems because all those remained unsolved.

“From 1987 to 1990 ESAP comes up and it was so hurting economically. We should not only look at problems on the political side but economic side as it actually manifests accordingly,” he noted.

He added that in the late 1990s there were lots of unrest due to the riots and the rise of the labour movement in 1999, followed by the fast track land reform programme.

“These are issues piling up that remain unsolved. Year 2000 was a tough election, we can all recall. In 2005 the referendum and subsequent elections, then harmonization. All these are issue we continue mapping as NPRC then we realise we have been moving from one disputed election to another. As a result we find ourselves at the crossroads,” he said.

Commissioner Ncube said the protests should not be isolated but interrogated in a holistic manner.

“In the protest aftermath, it’s not only people who were vulnerable but businesspersons who stocked on credit but had goods looted. Now we have groups that are affected such as youths and those who take advantage of the conflictual environment – become rapists.

“Trauma comes in as children see what is happening, seeing their parents arrested and in terms of encounter with tear gas, these are now matricated issues,” he said.

As NPRC, we realise the country has gone for a century encountering various types of conflict, Commissione Ncube noted.

“This country has never known any form of peace after every 10 years there is something that happens. We are boiling and then people vent in another manner. Through my own mapping, I never envisaged people would loot. There are lots of unresolved issues but as NPRC we have our core functions, one of them is to deal with post conflict justice and promote national healing,” he said. 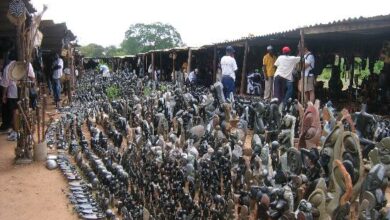