A Bulawayo magistrate, Friday, freed activist Charles Thomas and his accomplice Bernard Sibanda who were facing allegations of fatally stoning a police officer to death during the January 2019 protests.

Thomas (54) of Njube Suburb and Sibanda (18) of New Lobengula were facing a murder charge.

Allegations against the pair are that they teamed up with a mob and stoned Zimbabwe Republic Police officer Ekson Maune before leaving him for dead.

Maune had been deployed with other police officers to contain violence in Njube suburb.

He succumbed to injuries the following day at the United Bulawayo Hospitals (UBH) where he had been admitted into the Intensive Care Unit (ICU).

The court heard that the deceased who was in police uniform was carrying out his duties of maintaining peace and order when he got attacked.

Thomas and Sibanda were arrested in January 2019 and were granted bail by the High Court in February.

Their lawyer, Dumisani Dube of Zimbabwe Lawyers for Human Rights (ZHLR) applied that the court places them off remand, considering there hadn’t been any progress on the matter since their arrest.

Dube argued that in the last 13 months his clients have been on remand, no progress has been made in the police investigations.

He stated that since to date, police had not recorded a single witness statement, an indication that the State has no case against them.

Bulawayo magistrate Lizwe Jamela granted the application and ordered that the State proceed by way of summons when it gets the evidence.

According to the State allegations as presented by Terence Chakabuda, Thomas and Sibanda were amongst a group of protestors who committed public violence during the protests.

“Maune sought refuge at J84 Njube where Sibanda allegedly picked a stone and hit him, inflicting a head injury while Thomas and other unknown protestors pinned him to the ground. Thomas then picked a stone which he allegedly used to hit the police officer on the back of his head continuously until blood gushed out until he collapsed,” said Chakabuda.

“The protestors then disappeared from the scene and went on with their public violence spree.  Maune was ferried to UBH where he died upon admission in the intensive care unit on January 15 at 0130hours.”

In 2011, Thomas was arrested together with Paul Siwela for allegedly distributing fliers calling on Zimbabweans to revolt against the government and charged with treason but was later acquitted of the charge. 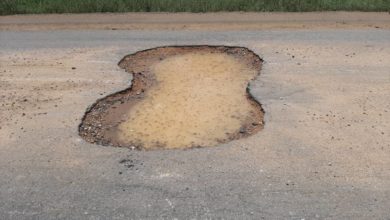 Role of church in Zim politics under the spotlight