Bulawayo Metropolitan Senator, Gideon Shoko says the government should fast track the implementation of devolution in order for provinces to develop.

Addressing the Upper House, Wednesday, Shoko said the country has a tendency of initiating programmes that are not implemented.

“The problem that we have in this country is not implementing what the Constitution states, which in essence is the guiding document that we must follow,” said Senator Shoko.

He said every political party was campaigning using devolution of power but the promises are yet to be implemented.

“When we went for elections the two major parties and the parties that are represented in this House, they went out and talked about devolution and also made sure that they have got a representative in the provincial councils that we are talking about,” the senator said.

He added: “We already have representatives, but the problem that we have got is that we are being told to say, look we are going to put an Act and from rumours that I pick up or from talk of the corridors, I am hearing that might be in December and in many instances in December.”

Senator Shoko said he has been to over four provinces in the country and people want devolution.

“There are Senators who went to a small place called Gwanda.  They got there and started talking about the budget and this is what they were told.  They were told ‘hamuende’.  We must take you to the bridge which you promised you were going to sort out.  Look at that.  It is not good.  So, it means let us give these powers to the people on the ground,” stated the Senator.

He said devolution would empower communities to do what they see fit with funds allocated to them by the government.

“If you devolve powers to these people, they are able to collect money from the local communities and then we can come in and chip in and you will see that you have empowered the people because they are able to do what they have decided to do which is very important,” added Shoko.

Senator Violet Moeketsi concurred with Senator Shoko saying if devolution of power is implemented, provinces would prioritise the most critical projects.

“When we got to Gwanda we could not do anything and we had to go back to Bulawayo to sleep. They said they had reported to Government that their bridge had broken down in 1980 but nothing has been done to date”

“So they wanted us to go and see that bridge through which parents and children could not cross to other areas whenever there is a flood in that area,” said Moeketsi.

During his state of nation address, President Emmerson Mnangagwa says a bill to facilitate the operationalisation of devolution of power, will be one of the bills to be presented during the ninth parliament. 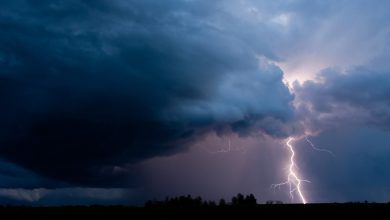