Tour operators say the Covid-19 pandemic has severely affected the safari hunting business due to the closure of borders and international travel ban.

Throughout 2020 leading into 2021, the tourism industry took a serious knock as countries implemented lockdowns to curtail the spread of the virus.

The ban on international travel affected the conservation and wildlife industry that heavily depends on the tourism sector.

In March, the government made a symbolic move to promote tourism recovery by opening up vaccination to eligible residents in Victoria Falls in preparation to welcome foreign visitors again.

Neshavi lamented how Covid-19 had affected the hunting tourism and communities which depended on it.

“Since 2016, our main business has been safari and trophy hunting. We have been receiving hunters from the United States, Spain and a few from Germany. As you all know, Covid-19 struck and affected our business and safari tourist arrivals. It’s been a year now and we haven’t heard a single client in camp,” he said.

For the whole of 2020, Neshavi said his camp only managed to scrounge one hunt in November.

“Surprisingly, this was a local hunter based in Harare and of Chinese origin,” he said.

The Zimbabwe Tourism Authority (ZTA) said last year, the tourism sector is estimated to have lost at least $1 billion in potential revenue due to business slowing down.

“For example, a client that books an elephant hunt in combination with a buffalo hunt would pay in the region of US$900 to US$1 200 per day. This is multiplied by the number of hunting days but that money caters for fuel, hunting vehicles, food, beverages and service staff. It caters for everything so there’s a lot of money involved added to the trophy fees of animals the clients would have shot,” he said.

With almost no revenue coming in, Neshavi has decided to venture into domestic tourism and attract locals.

But he bemoaned that revenue from locals could not match what international hunters paid.

“Revenue from one hunting client will probably require 20 domestic clients to equal the amount. A domestic client can pay something like US$20 per day. It’s not the same as the hunting business and for us not to choke, we will require a constant supply of clients to keep afloat,” Neshavi said.

With no clients coming in, Neshavi had to close part of his camp and release some of the staff.

“Should business pick up, I will call them back, Currently I have six staffers including a university intern,” he said.

With few staff members, it was hard to guard against poaching that occurred almost everyday.

This was coupled with the human and wildlife conflict, which occurred in that particular area and without any hunting taking place, Neshavi said it was difficult to control the wildlife.

He noted that on a single day about five herds of ‘hungry’ elephants, numbering not less than 30 descended on their fields.

“Elephants have stopped eating grass out there in the bushes and know there’s sweet maize in the fields. They eat whatever they can from corn, sorghum, watermelons to pumpkins. At the end of the day people are left with nothing,” he said.

It is a double blow, Neshavi indicated.

“We have lost out on the hunting side and communities have also lost out on their crop production. There are no mealies on the field and no revenue on the safaris,” said the tour operator.

“Unfortunately nothing much can be done. Some people are even chased from their fields. Luckily no one has been killed yet in this particular area but the situation is bad.”

He also clarified that hunters did not kill animals but only ‘harvested’ the old and very mature bulls.

“We don’t harvest young females and hunting revenue is ploughed back into conservation. What is important here is the conservation aspect of wildlife. We pump water for the animals, maintain roads and after heavy rains, we fix dams. We do fireguards, pay salaries and the money also goes into communities,” he said.

“Basically meat from these hunted animals goes to the communities. People receive the meat and revenue out of that meat, then they can do whatever project they want to do – be it sinking boreholes, putting grinding mills for the entire community or building primary schools.” 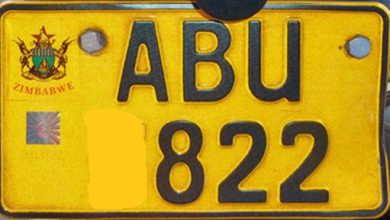 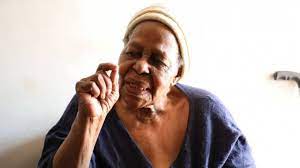